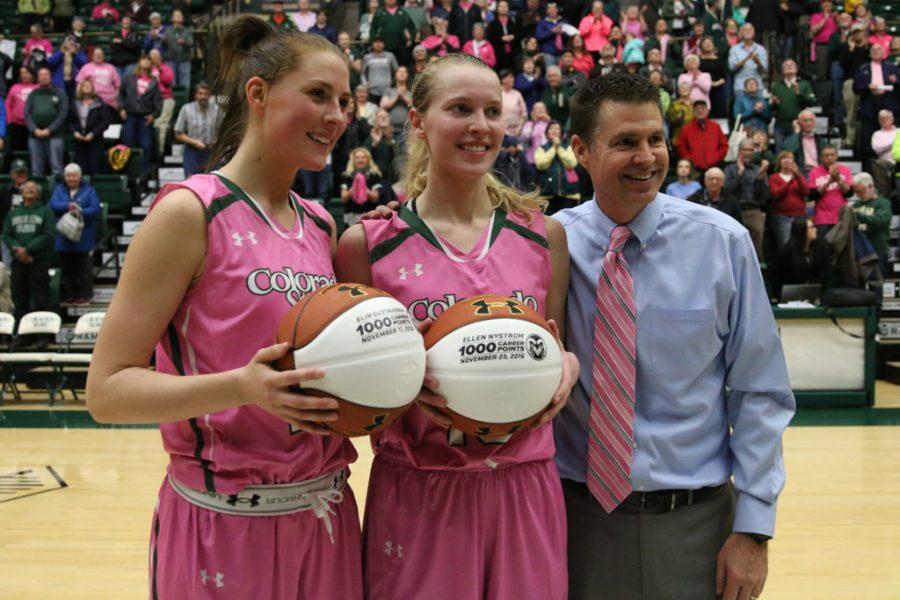 All good things must come to an end. For four-year starters Ellen Nystrom and Elin Gustavsson, that end is peeking over the horizon.

Pending an invitation to the NIT, Friday’s regular season finale against Nevada will be Nystrom and Gustavsson’s final game in Moby Arena. For the duo that has given so much to Colorado State women’s basketball, that is a bittersweet realization.

“I think we have mixed feelings,” Gustavsson said. “We feel like the four years that we’ve been here, we have given everything we’ve got. We’ve given 100 percent every game. But then of course we love Moby, we love everyone in there, so it’s gonna be sad that it’s the last game in there.”

Nystrom is in contention for her second consecutive Mountain West Player of the Year award and Gustavsson is on her way to being a member of the All-Conference Team. In their time at Colorado State, they have never failed to win the conference regular season title. Both players have more than 1,000 career points and are closing in on the most games started in a career in conference history.

“I don’t really think we think about that a lot,” Nystrom said.

“We have a really good team this year and we’re just having fun when we play,” Gustavsson added. “After playing together for four years, (Ellen and I) know where we have each other on the court. So nothing that we do is forced, we don’t think ‘oh we need to play really good together.’ It just comes to us.”

The game itself will serve as a tune-up game before the beginning of the Mountain West Tournament, in which the Rams (22-17, 14-3 MW) have already secured the No. 1 seed. Nevada (11-17, 5-12 MW) currently sits in ninth place in the conference after their win at San Jose State.

Colorado State comes in following a loss at Wyoming in a game that head coach Ryun Williams experimented with different lineups and gave some players more playing time than they are used to. After the game, Williams reiterated that he would return to his normal rotation in hopes of sending Nystrom and Gustavsson off with a well-deserved bang on Senior Night.

The Swedish tandem has already cemented their status at Colorado State, but there is still unfinished business they want to take care of. Having reached the NCAA tournament for the first time since 2002 last season, Gustavsson and Nystrom will look to build upon that success in postseason play this year.

As far as the legacy they wish to leave at Colorado State? That should come as a surprise to nobody.

“We want to be remembered as good teammates, positive energy,” Gustavsson said. “Two players that give one hundred percent every time, just humble players.”