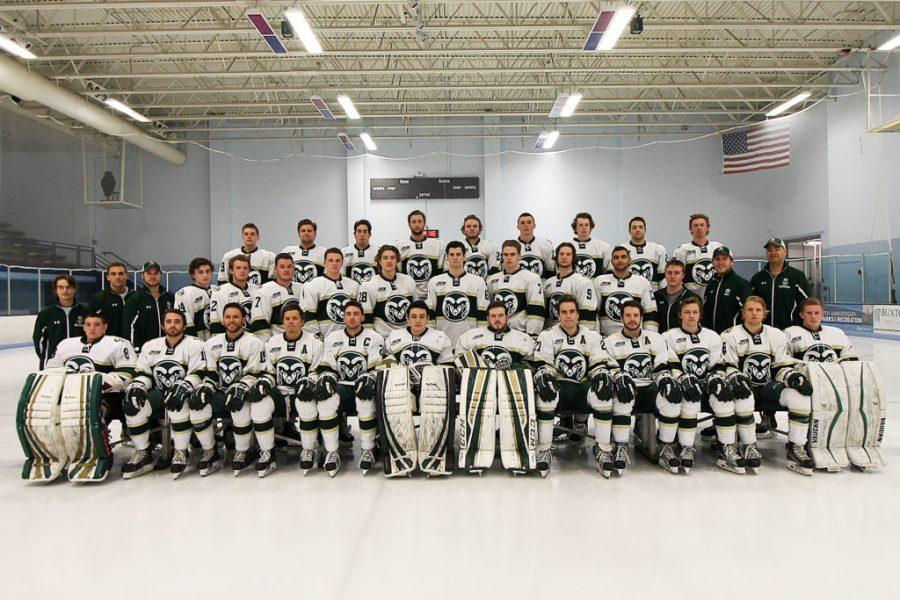 After originally thinking they would not be invited to the ACHA national tournament, the Colorado State men’s division one hockey team will have their chance to play for a national title in Delaware.

Originally the Rams were informed that they were not going to qualify for the tournament and that their season was over due to their No. 19 rank in the national standings. However, CSU will head to Deleware as the No. 17 team, the last team to qualify.

The team that originally held the 17th spot holds rule violations that prevent them from participating in the tournament.

“The top 17 teams go to the tournament and we were the 19th seed in the computer at the end of the season,” head coach Jeff Degree said. “But because the team that originally was in that spot couldn’t go, we were the next in line.”

The Rams finished the regular season with an 11-11 overall record after a road trip to Utah led to back-to-back wins against the University of Utah in Utah.

Couple the Utah trip with the back-to-back wins over CU and the Rams had won four games in a row and were looking to carry momentum into their first national tournament since they moved up to the division one level at the start of the 2013-14 season.

Colorado State will face No. 16 Liberty University in the first round of the tournament. Should they win that game, CSU would advance to play No. 1 Minot State.

Under the impression they did not qualify for the tournament, CSU lost a week of practice. The team is getting creative in their approach to make up for lost time, utilizing a scrimmage against the CSU division three team.

“We’re trying to keep the tempo up at practices and we’ll be scrimmaging the division three team, who also made it to nationals on their level, to try and get the guys some game speed practice,” Degree said.

With this year’s tournament being the first time CSU has qualified for the division 1 nationals, there is a sense of excitement surrounding the team.

“It’s an incredible feeling,” senior Danny Martosic said. “I’ve been here for three years now through all the highs and the lows and we’ve been close before, but it’s a great feeling to make the tournament and now we need to focus on winning it.”

“We’re super excited to be here,” Degree said about the team’s first appearance in ACHA’s division one national tournament. “It’s been our goal all year to make it to Columbus and we have been in and out of the rankings all year. We’re playing the best hockey we have played all year and that makes us even more excited to play and win games.”

In addition to the team qualifying for the national tournament, several players received honors from the Western Collegiate Hockey League. Riley DeFazio and Kyle Reilly were selected as members of the all-rookie team. Goaltender Dax Deadrick made all-league 1st team and head coach Jeff Degree won the WCHL Coach of the Year Award.

Collegian sports reporter Evan Grant can be reached by email at sports@collegian.com or on Twitter @EvanNGrant