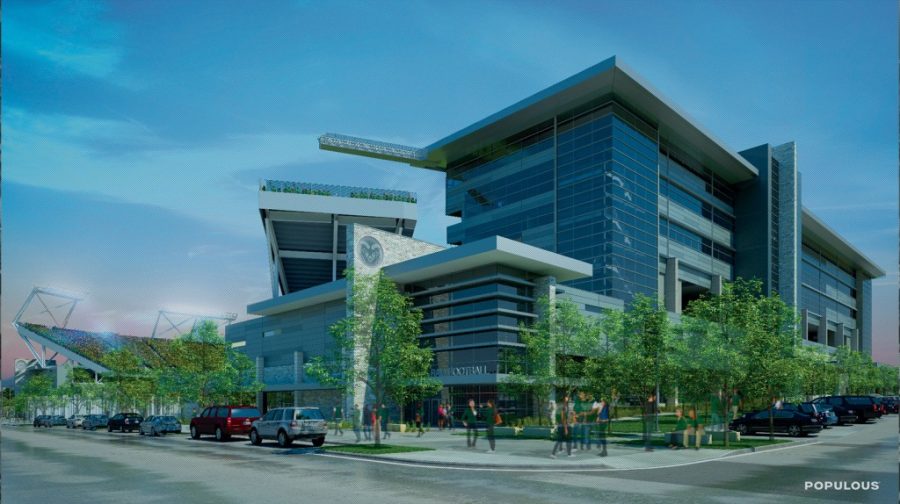 For just the second time in school history, Colorado State football will host a member of the Southeastern Conference (SEC), as the University of Arkansas will travel to Fort Collins for a game in the new on-campus stadium on Sept. 8, 2018, the schools announced Wednesday.

“This is exciting for our football program and for our fans,” head coach Mike Bobo said in a statement. “Being able to bring an SEC opponent to Fort Collins speaks to the growth of our program and also speaks to the impact our new on-campus stadium is already making. We want to challenge ourselves in our non-conference schedule and also bring those quality opponents to our home field and our fans.”

The meeting between the Razorbacks and Rams marks the first time since an SEC school made their way to the Front Range since Mississippi State in 1981 and is the first of two meetings between the teams in as many years; CSU will travel to Fayetteville during the 2019 season.

Additionally the schools will meet on the hardwood, as the two schools signed a home-and-home deal to play in basketball over the next two seasons as well, which was announced last spring.

“Arkansas is a wonderful addition to our home schedule in 2018 and reinforces our trend of securing high-profile non-conference opponents,” Athletics director Joe Parker said of the opportunity. “We are thrilled to have the Razorbacks in Fort Collins as we transition an originally agreed-upon guarantee game into a home-and-home series.”

The Rams and Razorbacks have met three times in football previously, (1974, 1979 and 1990) –all were played in Little Rock and won by Arkansas.