Boise State knocks CSU out of MW tournament in semifinals 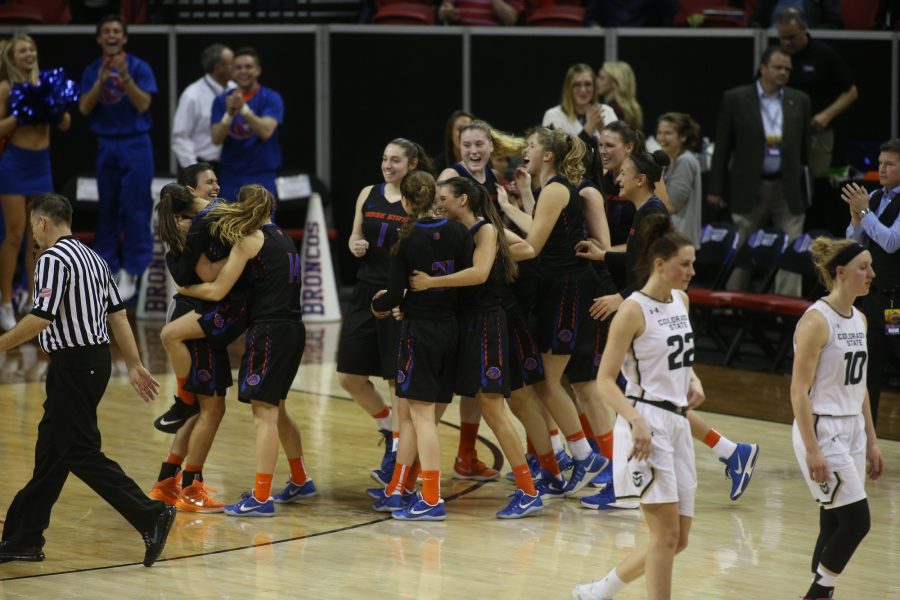 Following the victory, Boise State head coach Gordy Presnell and the Broncos players had nothing but praise for Colorado State and the Swedish duo of Gustavsson and Nystrom.

“I thought it was a great game between two teams that are pretty evenly matched,” Presnell said. “They’ve had great games for the last two or three years. And most of the time Colorado State has come out on top in real close games.”

“Colorado State has been a powerhouse in our conference since I’ve gotten here,” Pahukoa said. “And anytime you can steal a win from them it’s a good feeling. They (Gustavsson and Nystrom) have had amazing careers. They have been the best players that I’ve played against in the game of basketball…They’re amazing. Their team is amazing, their coach is amazing. We knew it was going to be a tough one. Colorado State is a team you have to play your best game, they won’t beat themselves. We knew we had to come out and play our best game.”

An emotional Ryun Williams (CSU head coach), explained what coaching the Swedish duo has meant to him, how much he will miss the duo of Gustavsson and Nystrom and what the praise from their rival meant to him.

“These two — this duo right here, they’re special,” Williams said. “They’ve won a lot of games. But I wish the whole league could just know Ellen and Eli, just know them as people, not as basketball players, but just know them as human beings. They would be even more impressed with these two.”

Led by senior guards Brooke Pahukoa (11) and Yaiza Rodriguez (14), who combined for 25 points and eight assists, the Broncos picked up their ninth consecutive victory and second over CSU this season, primarily by making a living behind the arc.

“Boise was outstanding,” Williams said. “It’s a really good college basketball game. I think you saw two talented teams out there and you saw kids on both sides that didn’t want to lose. You saw a lot of really neat plays and special plays being made. They just made a few more than us tonight.”

Boise State made 50 percent of their three’s on the night (10-20), including a red hot fourth quarter in which the Broncos went 7-of-8 from three point land and 63 percent overall. Three of the seven 3-pointers were made by freshman Riley Lupfer, who totalled 15 points points in the fourth quarter alone — seven more than her season average of 7.8 points per-game.

“We got Lupfer’d in that fourth quarter,” Williams said. “She was outstanding. We tip our hat to Boise. They beat us tonight.”

The loss for Colorado State will place them in the Women’s National Invitational Tournament as regular season winners of the Mountain West. Who CSU will play and where is yet to be determined.

Boise State advances to the 2017 Mountain West Women’s Basketball Championship final. The game will be played Friday on Friday, March 10, at 1 p.m. MT.