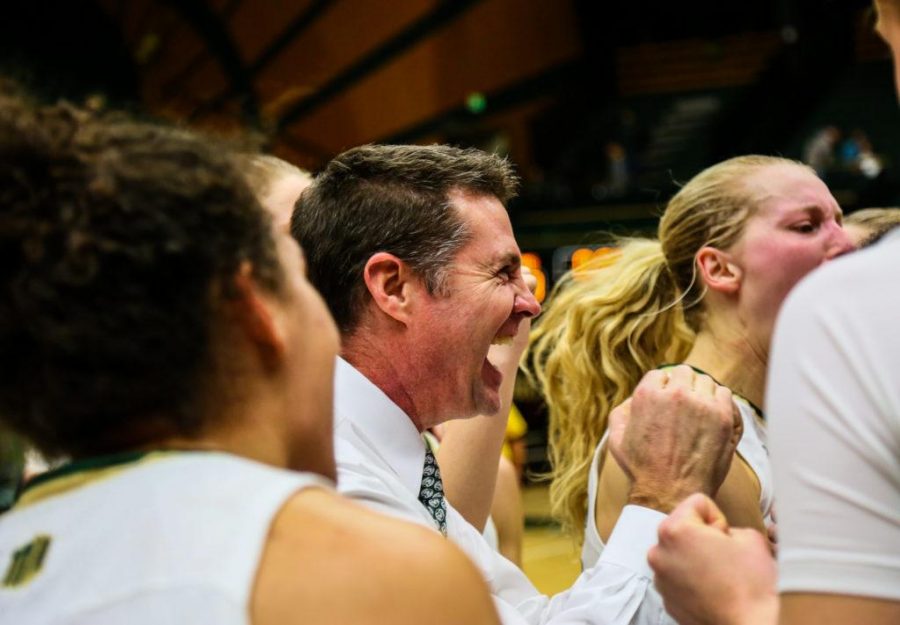 When Colorado State women’s basketball head coach Ryun Williams arrived in 2012, he brought with him a fresh outlook on the team’s roster.

A program in turmoil that seemed years away from a rebuild, Williams made a confident decision in his recruiting process. Rather than rely on players transferring from other Division I schools or junior colleges, he looked overseas for his answer. It’s safe to say that has paid off, and then some.

It was clear from the get-go that Williams wanted a foreign influence on his roster.

“It was just our plan when we got here to change things quickly,” Williams said. “We went the international route and it’s been very good to us. We’ve got some very good connections over there right now, and there’s just a lot that we’re attracted to.”

Currently, eight of the Rams’ 14 players hail from overseas. Given the team’s track record of success over the past four seasons, that is a trend that figures to remain steady.

But something that goes unnoticed in this foreign invasion is the type of player that Williams and his staff recruit in the United States. Clearly, they have just as large an impact on the team’s success as do the Europeans.

Not only did Williams bring in the talent from overseas, he brought with it a style of basketball that is different from that played in the states. Rather than individual performance reigning supreme, European basketball encourages players to rely heavily on togetherness. Teamwork outweighs the individual, the offense is run on smart decision-making and defense is played with much greater intensity.

Williams’ focus on that playing style has certainly proven its worth during his tenure at CSU. This season, the Rams rank fourth in the country in scoring defense, limiting the opposition to 52 points per game, and second nationally in field-goal percentage defense allowing opponents to convert on just 32.7 percent of their shots.

Offensively, the Rams are ninth in the nation in fewest turnovers per game (12.2) and assist on over 60 percent of their made field goals.

The team’s interest in this style of play undoubtedly dictates the recruiting in the United States.

“(Foreign basketball) is a little more team-oriented, it seems like,” Williams said. “A little more unselfish.”

Of the 11 players to receive playing time this season, only four of them are from the U.S. But looking at their play, there’s no hiding that these women closely mirror that foreign style of basketball and have bought into Williams’ system.

“They just fit how we play,” Williams said. “You’re always gonna recruit kids that fit your system and fit your style and that you want to coach. We’re not set on that’s just where we recruit. I mean last year we signed a kid from Cali, a kid from Colorado Springs, a kid from Washington. So we’ll go wherever we’ve gotta go to get them.”

Hannah Tvrdy (Seward, Nebraska), Callie Kaiser (Broomfield, Colorado) and Myanne Hamm (Fort Collins, Colorado) all play a significant role for the Rams. Tvrdy and Kaiser both start and provide ample production while Hamm is relied upon off the bench. Jordyn Edwards (Seattle, Washington) is the only other U.S. born player to see the court this season, though she has been sidelined with a fractured tibia since early December.

Tvrdy and Kaiser are second and third on the team in assists, respectively. Kaiser, Hamm and Tvrdy all rank in the top four on the team in steals. Edwards’ defensive prowess was on full display when she was healthy, too. She averaged two steals per game through the team’s first eight contests, more than anyone else on the team until her injury.

Freshmen Grace Colaivalu (Sacramento, California) and Liah Davis (Colorado Springs, Colorado), both of whom have not played this year and plan to redshirt, proved they can fit into Williams’ system throughout their high school careers. Colaivalu averaged nearly five steals per game in high school while Davis acts as a strong interior threat that the Rams can rely on, both defensively and offensively.

Another difference in international basketball is age. Because school systems are organized differently overseas, players usually enter the program 1-2 years older than those from the U.S.

“The one thing with some of the international kids, they come in here a little older,” Williams said. “They have a little more experience playing against a higher level of competition. We do like that. But the learning curve is the same for everybody. The college game is different, it’s more physical, it’s faster. There’s a lot of non-negotiables in a system, so they all have to learn that.”

Allowing Colaivalu and Davis time to mature and acclimate more to college basketball flows perfectly into Williams’ scheme. By them gaining an extra year of eligibility, Williams is able to utilize players with more experience, like those coming in from overseas, for longer periods of time.

The European impact is not just from foreign players themselves. Its values have found their way into the lifeblood of the team, foreigners and Americans alike, and created a cohesive unit that is Colorado State basketball. And considering the success it has garnered over the years, there’s no reason to believe its focus will change anytime soon.