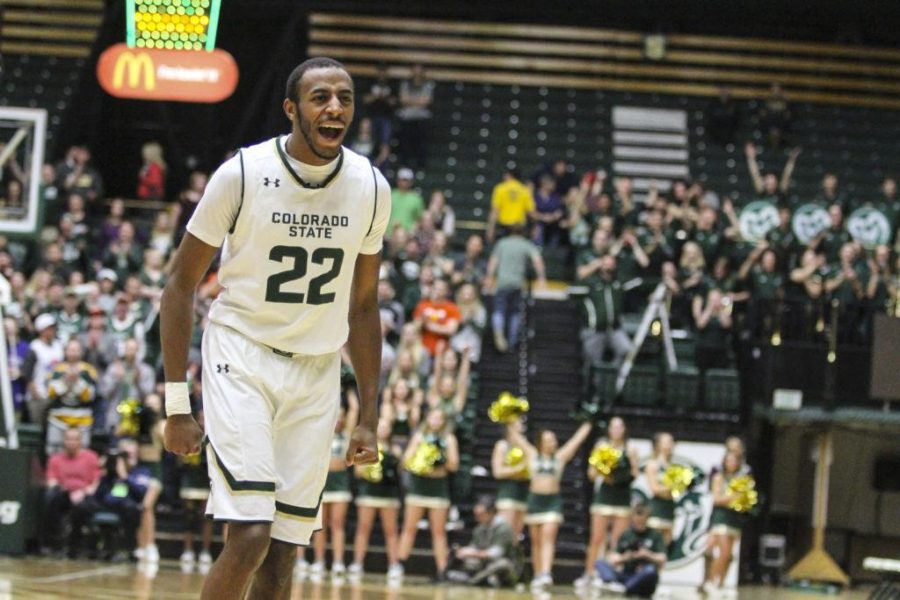 It was a slow start for the CSU offense as the Rams started just 3-of-17 from the floor but, led by sophomore guard J.D. Paige, the Rams outscored the Bulldogs by 14 in the second half on their way to their sixth victory in the last seven games.

Paige was everywhere for CSU early, scoring 14 points in the first half including a crucial three in the corner just seconds before the first half expired to give the Rams a slight two point lead at the break.

“It was really big because we were struggling a lit bit on offense, trying to get to the rim or make shots,” Nico Carvacho said, referring to Paige’s play. “He really carried us in the first half, hitting that big shot to give us the momentum going into the locker room.”

Although the Rams technically took a two-point lead into the break it would not last long because Paige was given a technical foul for “unsportsmanlike conduct,” allowing the Bulldogs to shoot a pair of free throws and tie the game at the start of the second half.

Following the game Paige explained that the situation was really just a result of miscommunication.

“The ref told coach that I stared at him after the shot, which I did not,” Paige said. “I looked into the crowd but he just happened to be right there… I went up to another referee before the second half started and just wanted to let him know that I did not mean any harm.”

Paige finished the afternoon as the Rams leading scorer, totaling 23 points on 7-of-11 shooting, including 5-of-7 from behind the arc and 4-for-4 from the free throw line.

“My teammates were looking for me. They have tremendous confidence in me and I am not going to let anyone on the team down,” Paige said.

Along with Paige the Rams veteran seniors Gian Clavell (19) and Emmanuel Omogbo (17) each finished the day in double-digits as well.

“I feel like we are dangerous all the time. Anyone can get going,” Paige said.

On the defensive end the Rams were not their dominant self on the glass but were able to force 19 turnovers, resulting in 22 points. This was the biggest factor of the game according to Paige. “We really do not care about offense; it is about getting stops and keeping teams off the boards.”

Despite getting only three rebounds from Omogbo the Mountain West’s leading rebounder, Carvacho, was able to make up for some of the production, totalling 11 rebounds on the day.

“That is what I have to do for this team to win,” Carvacho said.

Carvacho explained that with guys like Prentiss Nixon, Clavell, Paige and Omogbo leading the offense he can focus on creating extra possessions and putting pressure on the opposing defense for another 30 seconds.

Colorado State will look to carry the momentum of a three-game win streak into Laramie, Wyoming this Tuesday where the Rams and Cowboys will square off for the first of two match-ups in the following weeks.