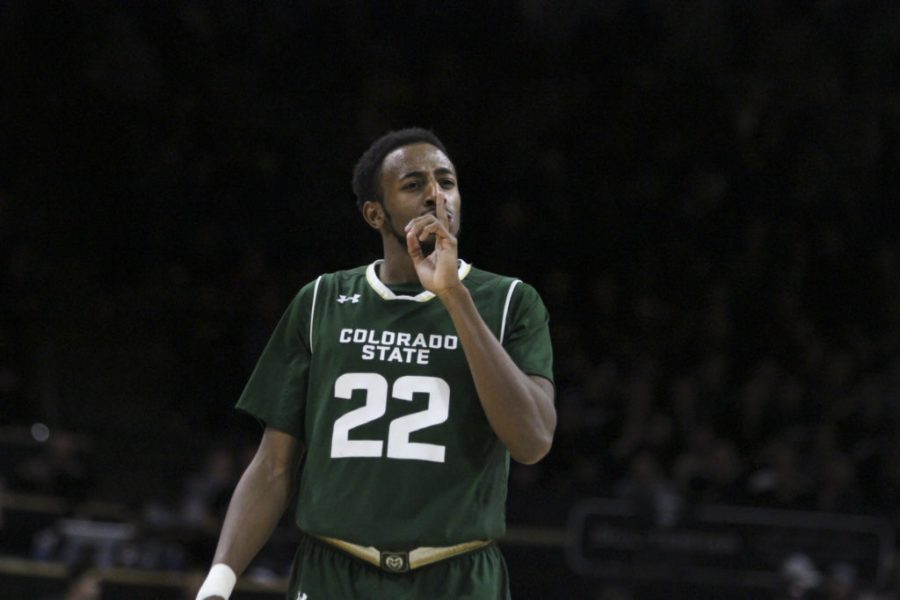 If it were a normal year for Mountain West basketball, Colorado State’s record would appear to put them on the bubble with a decent chance at earning an at-large bid to the NCAA tournament.

However, it’s not a normal year for the Mountain West. In fact, the 2016-17 season has been a particularly below-average season for the conference.

The Mountain West sent three teams to the NCAA tournament in the 2014-15 season. Similarly, two teams from the Mountain West received a March Madness invitation after the 2013-14 season.

In any of the four seasons previously mentioned, CSU’s 19-9 (11-4 Mountain West) record would at least earn some consideration from the selection committee. Nevertheless, it seems the only team from the Mountain West that will crack the field of 68 in 2017 will be the team that wins the Mountain West Tournament.

Fresno State was the only team to receive an NCAA tournament bid last season. At first this seemed like an outlier compared to previous seasons, but this season has played out dangerously similar to the 2015-16 season.

The Rams have been carried into a first place tie in the Mountain West by the senior duo of Emmanuel Omogbo and Gian Clavell.

Clavell’s 18.9 points per game lead CSU in scoring. The Puerto Rico native has also scored an average of 20.9 points per game in Mountain West contests. This mark is tied for the best in the conference with New Mexico’s Elijah Brown.

While the duo has done an exceptional job at leading the Rams on an unexpected run so far, come conference tournament time in Vegas, CSU may need a little more if they hope to make it to the big dance.

Fatigue hasn’t gotten in the way of Omogbo and Clavell’s production yet. But for the Rams to win the Mountain West tournament and earn a bid to the NCAA tournament, they are most likely going to need to win three games in three days.

Since the Rams typically only play two games per week, this transition may result in the exhaustion of Clavell and Omogbo. Playing 35 to 40 minutes two games per week is one thing, but doing so three days in a row is a completely new level.

CSU will need a spark from someone else. Though Prentiss Nixon and Nico Carvacho have been extremely vital to the Rams’ success thus far, the x-factor in this circumstance is J.D. Paige.

There is no question that Paige’s production has been less consistent than head coach Larry Eustachy has desired. However, there seems to be a direct link between Paige’s success and Colorado State wins.

The lucky number for the 6-foot-3 guard has been six.

The pattern has been similar and even more evident within Colorado State’s conference slate. CSU is 9-1 in the 10 Mountain West games that Paige has scored at least six. This includes two big outings in which Paige scored 23 against Fresno State and 18 against San Jose State.

The Rams have been less than stellar when Paige has failed to hit at least six points in Mountain West games. In such games, CSU has won just two out of five contests.

Combining the statistics, the Rams are 17-3 when Paige scores at least six and 2-6 when the guard does not.

Though it has not been as impactful, it is worth noting that there may be a correlation to Paige’s assists and CSU victories as well.

The Rams will need production from Clavell and Omogbo in order to make a run in the Mountain West Tournament. But unless the two miraculously don’t suffer from fatigue, CSU will be hoping Paige can score more than five and finish with multiple assists.