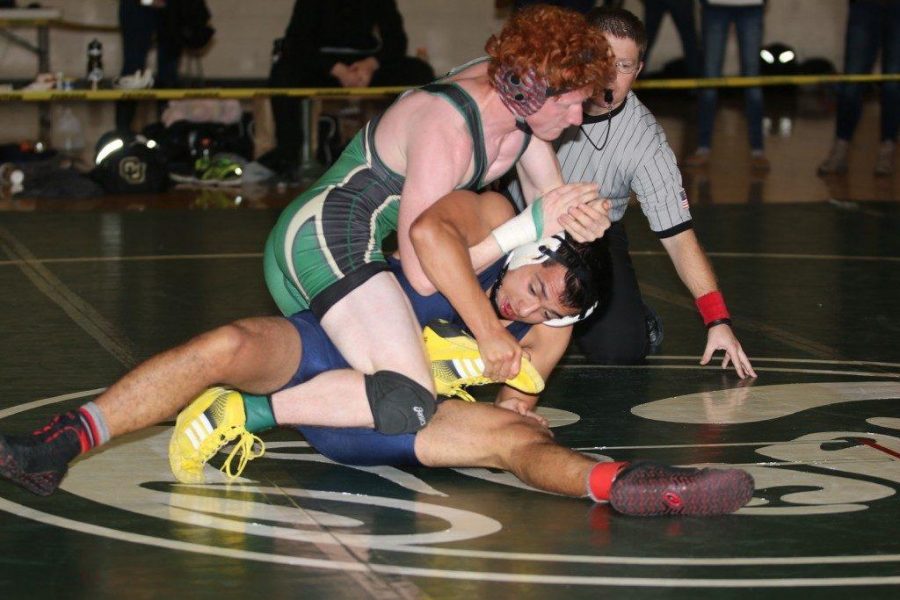 With a chance to go to nationals on the line, Colorado State club wrestling will host wrestlers from 12 other schools for the Great Plains Conference Championship. The top three wrestlers in each weight division will move on the the National Collegiate Wresting Association Nationals in early March.

“We’ve hosted this national qualifier for three years and a row, and we have teams coming in from Nebraska, Iowa, Minnesota, Missouri and teams all around Colorado,” CSU head coach Kendall Dejonge said about hosting the event. “So it’s going to be a great tournament.”

The Rams with not only be participating as individuals, but also as a team. As individual wrestlers advance further into the tournament, they will earn points towards the team’s total.

“There are some great teams coming, our conference is filled with great wrestlers in every weight, and it can be hard to compete for a team title when you don’t have a full team,” Dejonge said about the team’s chances this weekend. “We are looking to qualify as many wrestlers as possible to nationals.”

Senior team president Mike Brungardt will be looking to make it to nationals for the third time during his college career. While the individual achievement holds a place in his mind, Brungardt is quick to praise his teammates on their hard work over the season.

“Besides our injuries, we have a stacked team that is filled with young talented wrestlers both men and women,” Brungardt said. “The whole team has been working hard and we even have a guy trying to compete with a torn ACL.”

For undefeated freshman wrestler Kendal Davis, the Great Plains Conference Championship will be his first post-season event. Davis is one of two women on the CSU wrestling club team, both will represent Colorado State at nationals as automatic qualifiers.

“It has been a great season, the team has been a great place to make friends and get a good workout,” Davis said about her experience on the CSU team this season. “My high school team didn’t have any other girls so its nice to have another girl on the team here.”

With a whole season of work on the line it can be easy for wrestlers to get nervous going into such a big tournament. However, Davis has shown she is prepared.

“I’m a little nervous because it’s nationals,” Davis said. “But at the same time I’m more excited to see how my team is going to preform.”

For Brungardt, his upcoming matches will be the last time he will represent Colorado State. For the senior, the whole experience has gone by in the blink of an eye.

After 13 years of wrestling, Brungardt’s time on the mat is coming to an end, and it would be difficult for anyone to not reflect on their time.

“It’s hard for me to fathom that its almost over and I don’t think it will sink in until I take the headgear off for the last time,” Brungardt said regarding his final matches. “And this team has taught me so much, like that leadership isn’t load. Every interaction can impact the lives of others and your own life.”

The Great Plains Conference Championship will take place at the South College Gym Saturday, Feb. 25. Wrestling will start at 9 a.m. and continue throughout the day.

Collegian sports reporter Tyler Johnson can be reached by email at sports@collegian.com or on Twitter @TylerGJohnson20