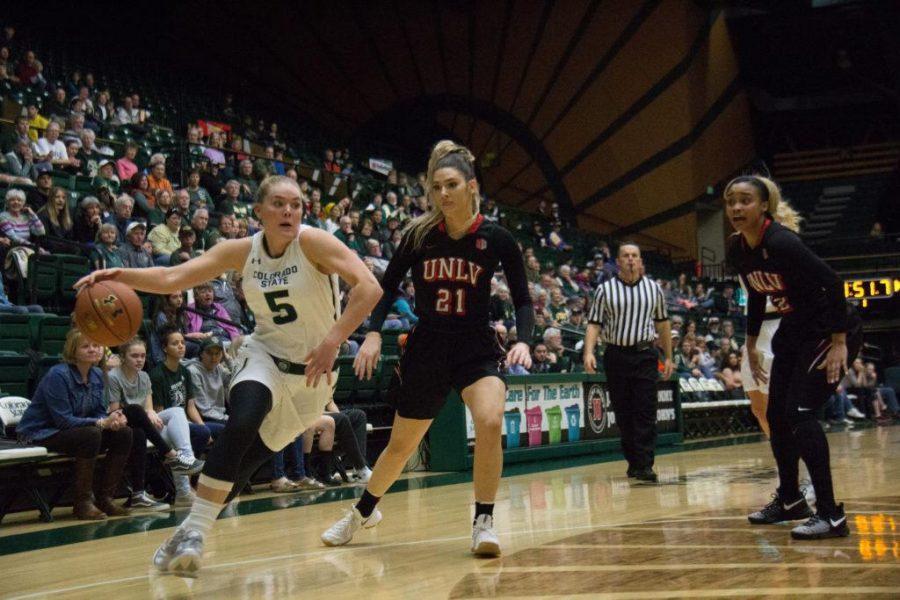 Ugly is one way to describe it and even that might be a little too generous.

Twenty-two turnovers and 3-for-18 shooting from three-point range usually spell certain disaster but thanks to a defensive performance that was just as dominant as the offense was lackluster the Rams (18-5, 10-1 MW) escaped with their ninth consecutive victory.

“Twenty-two turnovers and we still win,” head coach Ryun Williams said. “We should be thanking our lucky stars because that’s exactly what we were tonight. We didn’t play good at all on the offensive end.”

The offensive struggles started early and continued to worsen. At one point in the second quarter the Rams turned the ball over on three consecutive possessions. Their 13 first half turnovers were one more than they average per game.

The nation’s fifth best scoring defense caused an equally disruptive 19 turnovers which they translated into 13 points. When the Rebels clawed their way back in the fourth quarter with a 10-0 run the zone defense that has troubled so many offenses this year once again found a way to win the game.

“If you like offense I apologize,” Williams joked after the game. “If you like defense we’ll pat ourselves on the back for that one. As awful as we were offensively, we played defense. I’m proud of them for that.”

With one minute remaining and the Rams up by two Stine Austgulen and Callie Kaiser were forced to step up at the free throw line. The two guards each made both of their free throws to clinch the victory.

One bright spot offensively was Hannah Tvrdy who scored 10 points on 5-for-6 shooting and brought down eight rebounds while playing all 40 minutes of action. Seniors Ellen Nystrom and Elin Gustavsson each added nine points but also accounted for 10 turnovers.

Tvrdy’s steady contribution was a welcome sight for the struggling offense. Although some of the players struggled offensively they were all able to come together and lock down defensively down the stretch.

“We’re a bunch that really does stay together,” Tvrdy said. “When something bad happens we’re like ‘hey, bring it in, we’ve got this.’ I think our chemistry and staying together is something that helps us a lot.”

Despite the win CSU showed it certainly has its fair share of struggles to correct.

“It’s always nice to win but at the same time this was not us,” Gustavsson said. “We have some stuff we need to work on.”

The Rams will take their nine-game win streak to Logan, Utah for a matchup against Utah State on Wednesday, Feb. 8 at 7 p.m.