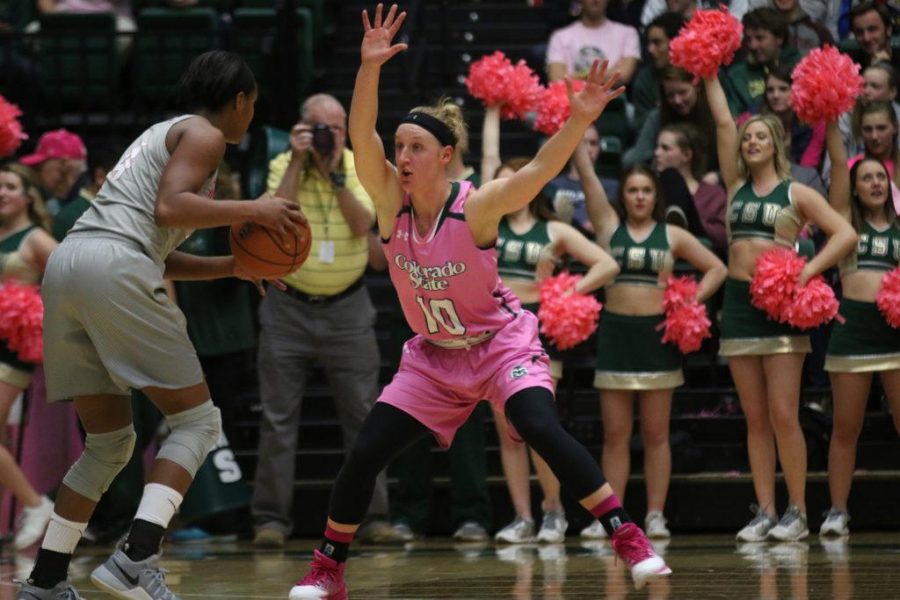 The 2017 version of Colorado State women’s basketball might just have the program’s best defensive unit ever.

Despite inconsistent play on the offensive side of the ball, the Rams (21-6, 13-2 Mountain West) defense has continued to improve throughout the season, carrying them to at least a share of the Mountain West title for a fourth consecutive year, something no other program, men’s or women’s, has ever done in Mountain West history.

Statistically, they are one of the stingiest defenses in the nation, ranking third nationally in scoring defense at 52.6 points per game, and fifth in field-goal percentage defense, holding opposing teams to 33.3 percent from the field. Compared to last year’s record-setting squad, the Rams are ranked as high or better in both categories.

Perhaps the most impressive part of their defensive effort is the ability to balance aggressiveness and discipline. CSU has committed the seventh fewest fouls among all NCAA teams this season. They are one of just two teams to rank in the top eight in all three of those categories, joined only by No. 1 University of Connecticut, who are on a 101 game win streak.

Being able to avoid foul trouble has been instrumental for a team that has relied on seven and eight-player rotations for the majority of the season. Head coach Ryun Williams credits the balance of aggression and discipline to his team’s intelligence.

“It’s always a big part of our system,” Williams said. “We always say ‘no unnecessary fouling.’ The discipline and the intelligence that we play with is the key to our success. We can’t be in foul trouble so sometimes we have to give up baskets to keep kids from fouling. That is something we talk about a lot, and they know the importance of it. Obviously they’re doing a pretty good job at it and we need to keep doing that because there are certain kids we have to have out on the floor as often as possible. When they’re on the floor, we’re good. And when they’re on the bench, we’re not that good. It’s that simple.”

The team understands the importance of avoiding foul trouble, as they have a combined five foulouts on the season. This provides playing time for the best players and prevents the opponent from having easy points at the free-throw line.

One of the various things that leads to that defensive success is versatility. Coming over from Europe, many of the Rams’ forwards are capable of defending quicker players and have better perimeter skills than one would expect from a big. Pair that with bruising and physical guards and the Rams can matchup against players of different sizes and skillsets.

“Our versatility (is our biggest strength),” Williams said. “Our bigs can guard perimeter players and our guards are pretty tough. I think the versatility and length can bother people. And then we can put some experience out there, those are the three biggest things.”

Pair that with the defensive emergence of Myanne Hamm, the hustle-first mentality of Callie Kaiser and all around consistency from Hannah Tvrdy and it’s clear that these Rams are no joke on the defensive end.

But the ways in which they have caused that disruption has differed throughout the year. Early in the season Williams relied on man defense before going through a stretch in which his team played exceedingly sound zone defense. Over the past few weeks, the Rams have flipped from zone to man on a per game basis.

With Williams’ expertise on full display, the Rams will look to ride their defensive success through the end of the regular season and into tournament play.