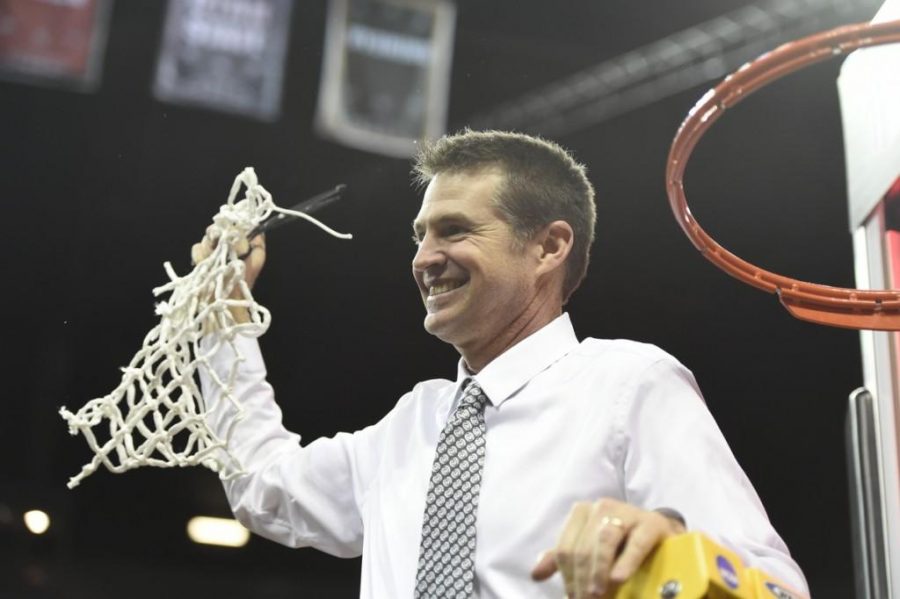 When the Colorado State women’s basketball team takes the floor Wednesday night against the New Mexico Lobos they will have the opportunity to do what no other Mountain West team, men’s or women’s, has ever done: clinch at least a share of the Mountain West regular season title four years in a row.

The matchup against New Mexico (15-11, 10-5 MW), which also serves as the Rams’ pink out game this year, will mark the second time in as many games that the Rams play the conference’s second place team. The Lobos are tied with the Wyoming Cowgirls for second in the conference, still two-and-a-half games behind the Rams.

After the Rams defeated the Cowgirls last Wednesday head coach Ryun Williams refuses to take his foot off the gas.

“We need to be as urgent against New Mexico as we were against Vegas (UNLV) our very first game of conference season,” Williams said. “We will not relax. This is the most important game that we’ve played all season long. If you don’t treat it as such you’re going to get beat.”

One of the Lobos’ biggest strengths is their size. The team boasts five players that are at least 6-feet 2-inches tall, highlighted by 6-foot-5 center Richelle van der Keijl. The Wright State transfer has settled in soundly, averaging 14.3 points, 9.6 rebounds and 2.1 blocks per game in her first season as a Lobo. Her 0.61 field goal percentage is the best in the Mountain West.

Combined with their athleticism from the guard position, the Lobos present a challenge to Williams and the Rams.

“(New Mexico is) really big,” Williams said. “They had 18 offensive boards the first time we played them. I think our interior defense has got to be rock solid, we’ve got to be able to keep the ball in front of us. They’re a team that plays breakneck speed on a missed field-goal. They really fly up and down the floor. If we’re there waiting for them, then we can guard. But if we let them get out and go, we don’t have the athletes to compete with that.”

Though a win in any of the team’s remaining four games would guarantee at least a share of the regular season title, the Rams would certainly rather do so sooner than later. With a chance to make history Williams is tuned in to the task at hand.

“I’m sure the kids are thinking about it, but we haven’t talked about it,” Williams said. “We are never going to get ahead of ourselves. But let’s face it, the kids aren’t stupid. It’s a goal of ours and we’re close, but not there yet. We’ve got a lot ahead of us.”