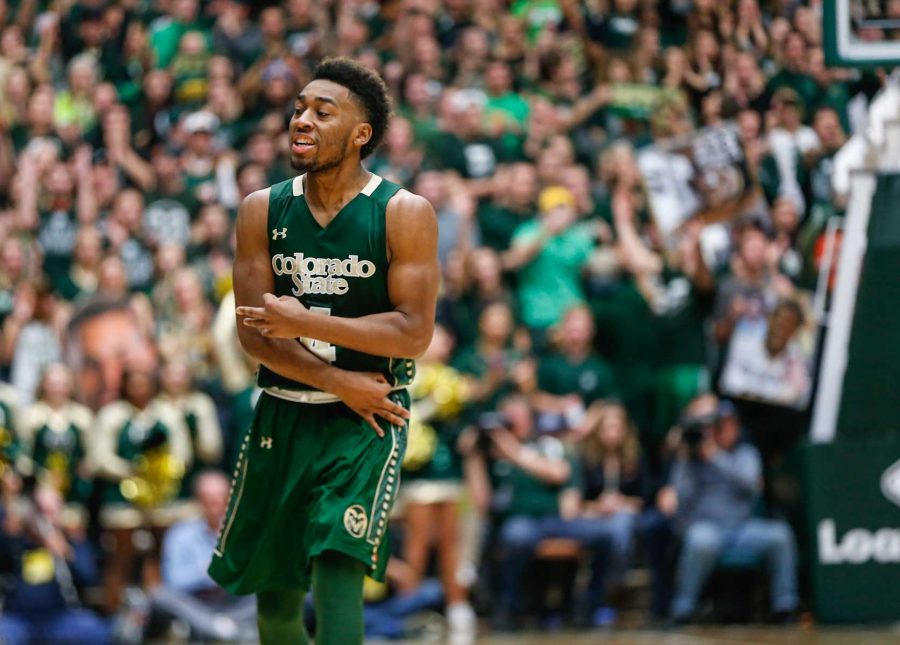 Colorado State guard John Gillon announced Sunday that he plans to transfer to Syracuse for his final season of eligibility. (Collegian File Photo)

All the sudden it’s shaping up that John Gillon’s more important to Syracuse than anyone ever expected, and that can be a bittersweet feeling for Colorado State.

For a program that rarely accepted transfers for most of Jim Boeheim’s tenure, Syracuse is probably glad that it changed its philosophy in time to catch Gillon.

Since his tenure began in 1976, Boeheim has only taken on eight transfers who have played significant minutes as Orangemen. In recent years, Boeheim has not only embraced transfers but put them in the spotlight.

Just one game after a masterful closing display against then No. 6 Florida State, in which he scored Syracuse’s last 13 points, Gillon improbably topped that with a 43 point and 9 assist explosion against North Carolina State. Gillon had to drag Syracuse back from a 16-point deficit by going 9-of-10 from the three-point line and hitting all 14 of his free throws. His 43 points tied Syracuse’s fourth highest scoring game ever and set a career-best.

The last two games Gillon has been relentless yet controlled in leading his new team. Gillon’s recent play has shown the kind of thing that Colorado State misses in his absence. Especially on nights like Tuesday, where the Rams were unable to take control of a game that was well within reach. Seeing John Gillon play so well at Syracuse leaves a knot in the stomach of the CSU faithful. In some aspects, it is nice seeing Gillon play so well from a CSU fan perspective, but it begs the question, what could have been? Where was that when he played in Moby Arena?

Production in basketball is about so much more than an individual player’s talents. It’s about your teammate’s interactions with you, what scheme you’re running, and how much freedom you’re being given. All those things have been coming together for Gillon lately. He’s having one of those special moments for a player where the player they typically are is eclipsed by their greatest version.

Syracuse has found this version of Gillon mostly out of necessity. While Tyler Lydon has NBA make-up, he simply hasn’t shown enough aggression to be the Orange’s go-to player in the closing minutes of every game. With a line-up that is thin on true ball-handlers, Gillon is the natural choice to share those duties. If it can’t be your biggest star, most coaches want the point guard to have the ball in those big moments.

Syracuse is going to need more of headlining nights from Gillon if they want to continue their run towards March Madness and they’ll keep unleashing this new John Gillon.

If Gillon continues to not shy away from the spotlight, the Colorado State basketball program should wonder, “what were we doing when he was here?” That’s not to say Gillon was not a good player at CSU, he absolutely was, but this version of Gillon was never seen and it can leave a sour taste in your mouth when you think about it.