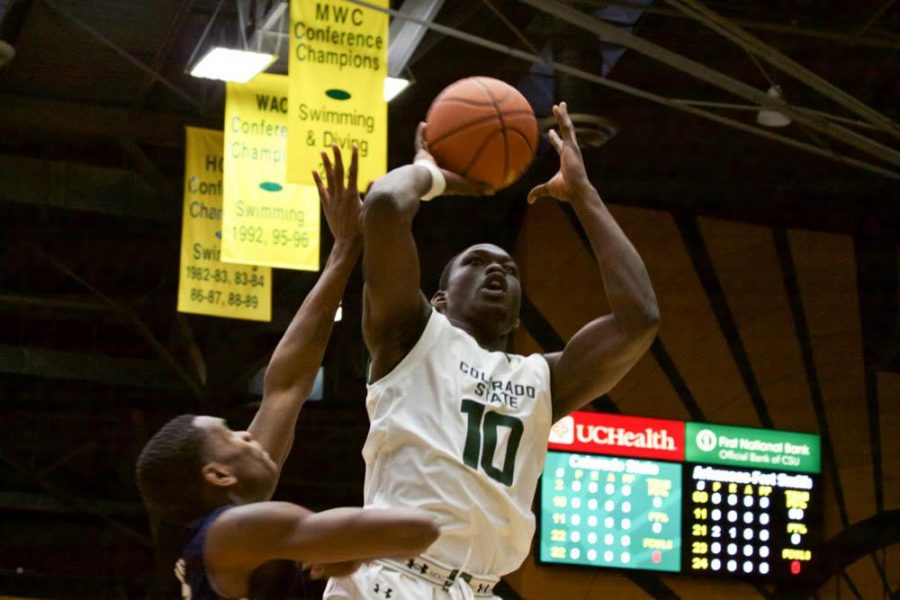 Three Colorado State men’s basketball players have been ruled academically ineligible and will miss the remainder of the season, school officials announced Tuesday.

Che Bob, Devocio Butler and Kimani Jackson all failed to meet the minimum grade-point requirements for their fall classes and will be ineligible once the spring semester starts Jan. 17. NCAA rules require student-athletes to maintain a GPA of 1.90 at the start of their third year of attendance.

The Rams head coach continued on the trio of the players, “This is disappointing for our entire program, especially the players still competing on the court. All of us will remain focused on our ‘Team Together’ philosophy that is key to our success. We look forward all three getting on track in their academic pursuits towards graduation and joining us on the court next season.”

Bob, a 220-pound forward out of South Plains College in Texas, is averaging 9.1 points and 4.9 rebounds a game in his first season at CSU.

Butler, also in his first season with Colorado State, transferred from Hill (Texas) College. The 6-foot 5-inch, 205-pound guard has seen the floor in all 15 games this season and is averaging 6.4 points and 2.7 rebounds a game.

CSU was already thin with ten players on their active roster, but without the trio of JUCO transfers (Bob, Butler, Jackson), the Rams will be down to just seven active players.