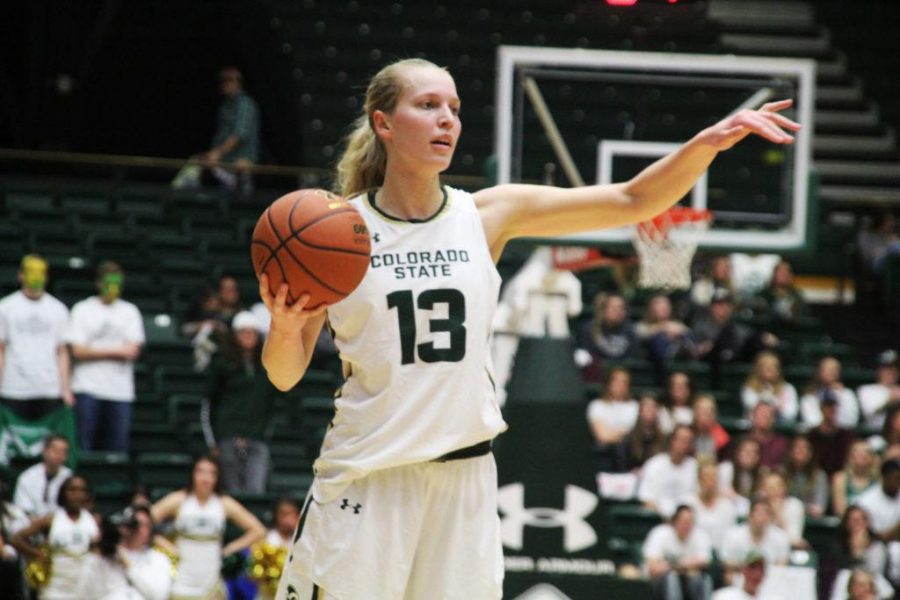 After multiple games in which Colorado Sate had to rely on one of its second options, the Swedish duo of leaders Elin Gustavsson and Ellen Nystrom carried the Rams to a lopsided 74-43 victory over Utah State.

In one of the most complete victories of the season for the Rams (14-5, 6-1 MW), Gustavsson recorded her third double-double with 22 points and 12 rebounds, one shy of her career-high. Nystrom added 20 points of her own and fell one assist short of a double-double.

Perhaps the most remarkable part of the two’s performance was the combined 18-of-23 shooting paired with just three turnovers.

“We are leaders of this team and we want to show that,” Gustavsson said. “We want to show our leadership on the court, too, as well as off the court. I think tonight we were able to do that.”

That efficiency carried over to the rest of the team as well, as the Rams shot 57 percent from the field and 42 percent from behind the arc. The majority of open looks were set up by impressive ball work as the team assisted on an incredible 24 of their 30 field goals.

“We are getting better chemistry,” Nystrom said. “We know where each other are at, because we have a pretty new team compared to last year. We kind of just need to figure each other out and I think right now, it feels pretty good and it’s fun to play.”

Rachel Brewster, Utah State’s leading scorer, opened hot with eight quick points and two made three-pointers. Leading 18-13 after the first ten minutes of play, the Rams took off in the second quarter, outscoring the Aggies 21-2. The two points mark the best defensive performance from the team in any quarter this season.

“Early on in the first quarter, we lost Brewster a couple times,” head coach Ryun Williams said. “And then I think we got familiar with how they were trying to attack. Our defensive rotations were a little more spot on. We arrived to a shooter a little more on time. We changed the angles in which we played it a little bit, which I think slowed them down.”

Callie Kaiser also reached double-digits, scoring 15 points on 6-of-11 shooting. Her defensive pressure created turnovers throughout that second quarter, as she finished with three steals in 29 minutes of action.

“The biggest thing is, we were active. Once we start getting touches, and our kids feed off of that, then we become extremely disruptive.”

Again, Williams relied on a seven-player rotation for the majority of the game. Though Sofie Tryggedsson was dressed, it may have been for more precautionary reasons as she did not play. Jordyn Edwards and early-season starter Veronika Mirkovic both remained sidelined.

Still, Saturday’s game may have been the best basketball that the team has played all year. When healthy, they can only continue trending upwards.

“We really understand how we have to play under control,” Williams said. “There seems to be a patience, we’re not throwing the ball all over the gym. This is about as solid as we’ve played. But we need to continue to get better, this can’t be the tip.”

The Rams will now travel to San Jose State to face the Spartans in a rematch of the team’s most exciting game this season. In their matchup on January 4th, Ellen Nystrom and her 32 points carried the Rams to victory in an overtime thriller.