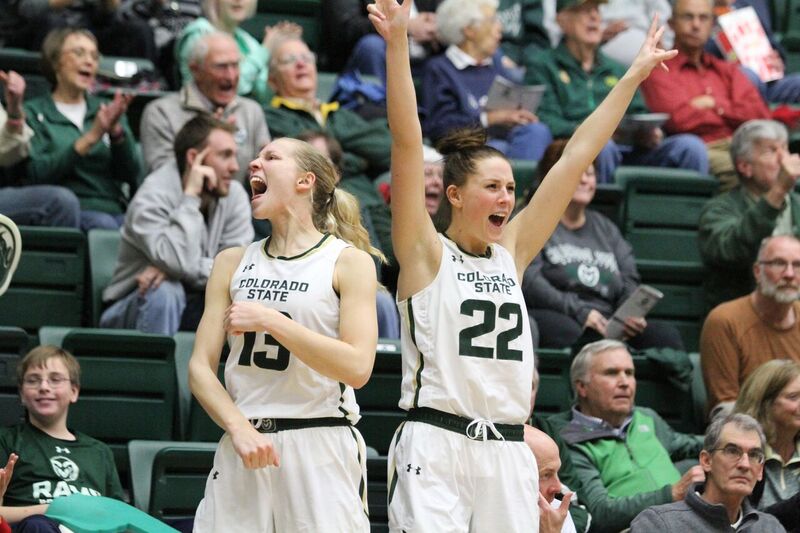 Wednesday night was the epitome of a three-woman show as the Colorado State women’s basketball team defeated San Jose State 68-56.

Elin Gustavsson, Stine Austgulen and Ellen Nystrom combined to score 60 points in an otherwise disheartening offensive performance for the Rams (15-5, 7-1 MW). Paired with the first conference loss from the Wyoming Cowgirls, the Rams are now tied for first place in the Mountain West.

Gustavsson’s season-high 26 points led the way as she pulled down 10 rebounds for her second consecutive double-double. Nystrom added 17 points, 15 rebounds and nine assists while Austgulen scored 17 on an efficient 5-of-7 shooting.

The first half for the Rams went as smooth as they could have hoped for, giving them a commanding 45-16 lead at the break. The Spartans were held scoreless for the first eight-plus minutes of the second quarter as the Rams stymied the conference’s leading scorer, Dezz Ramos.

“It was maybe the best half we’ve played,” head coach Ryun Williams said. “That 20 minutes was exceptional, and not just offensively. Yeah we made a lot of shots and had really good passing and execution, but defensively we were really good and active. We did a tremendous job on Ramos and never really allowed her to get in the flow.”

The Rams defense came into the game ranked fifth in the nation in points allowed per game, and showed that throughout the first half. The Spartans were forced to take three-pointers at a higher rate than they are used to as they finished just 8-of-36 from three-point range.

Nystrom’s continued development as a scorer was on full display in the first half. More often than not, she was able to receive the ball on the elbow and put herself in a great location to score in the post or find an open teammate for an easy basket.

Gustavsson imposed her will in the paint all evening long, scoring with ease on the less physical Spartan forwards. Her 26 points came steadily throughout the game and mark her second consecutive 20-point outing.

As has been the case many times this year, the Rams relied on the contributions of a third player in addition to that of Nystrom and Gustavsson. Austgulen and her sharp shooting proved to be detrimental to the Spartans as she scored all but two of her 17 points from beyond the arc.

“It was nice to get Stine going tonight,” Williams said. “I thought she did an outstanding job of catch and ready. “It seems like we’ve always had that third wheel with Elie and Ellen lately stepping up, and tonight it was Stine.”

Despite the win, the second half was not nearly as sound as the Rams would have hoped for. They were outscored 40-25 and struggled from the field. But when they play as well as they did in the first half, it’s going to be tough for any team to beat them.

The Rams now return home to Fort Collins for a bout against San Diego State. Tip-off is at 2 p.m. on Jan. 28.