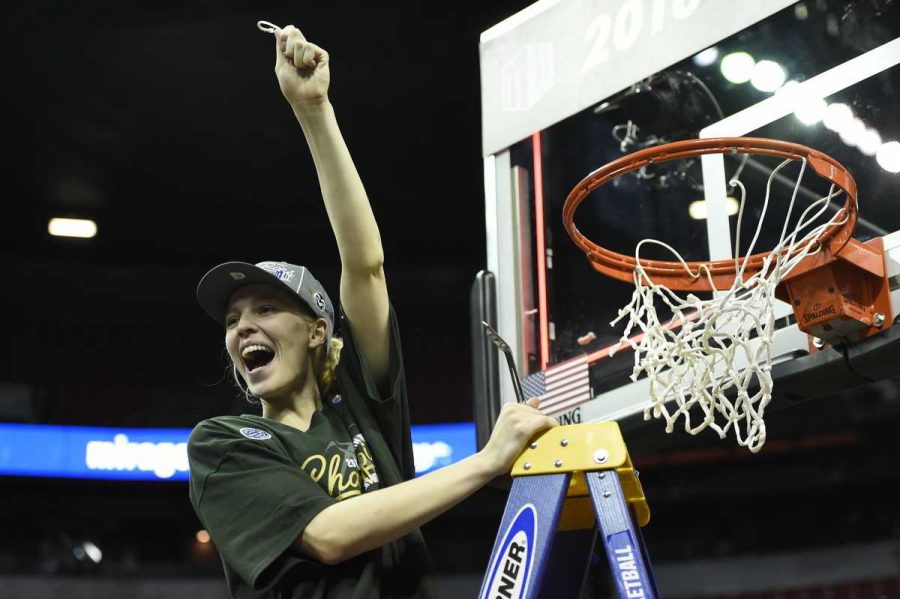 Moutain West Player of the Year Ellen Nystrom cuts down the nets in the Thomas and Mack center after defeating Fresno State in the MW tournament finals. (Steve Nowland/NCAA Photos)

Colorado State senior guard Ellen Nystrom has been selected as the Colorado Sports Hall of Fame’s Female College Athlete of the Year, the organization announced Jan 10.

With Nystrom receiving the award, a Colorado State athlete has now been honored by the Colorado Sports Hall of Fame in six of the last seven years, including four consecutive.

Since the award was established in 1999, CSU athletes have now won College Female Athlete of the Year nine times total, more than any other school.

During the 2015-16 season, Nystrom started all 33 games as CSU finished with a 31-2 record, including an undefeated conference portion, finishing 18-0 in the Mountain West. Nystrom was named the 2016-17 Preseason Mountain West Player of the Year, a three-time All-Mountain West and Mountain West All-Defensive team selection She currently leads the Rams in points, assists, rebounds and steals, while pacing CSU to an 11-5 (3-1 MW) record thus far.