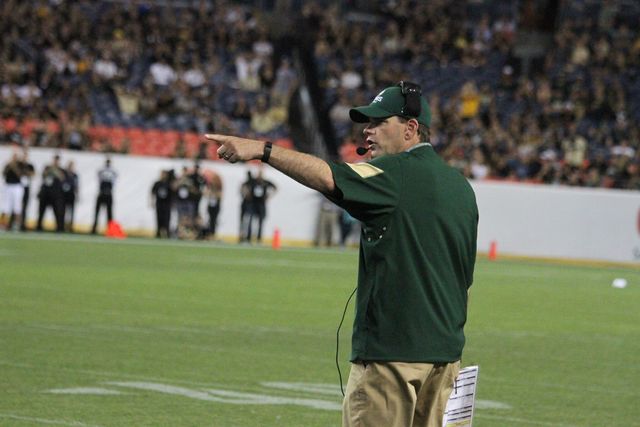 For the first time in their history, the Colorado State Rams are playing for spuds.

That’s right, the Rams are heading back to Boise, Idaho, where they will face the Idaho Vandals in the Famous Idaho Potato bowl on December 22nd after the Rams formally accepted the bowl invite as announced on Sunday.

The game will kickoff at 5 p.m. and will be televised nationally on ESPN.

This is the first appearance for CSU in the game, and the 15th bowl game CSU has played in all time. It is the fourth year in a row that the Rams have appeared in a bowl game.

“We are appreciative of this invitation to play in the Famous Idaho Potato Bowl, and I am excited for this football team to have one more chance to play together, to keep improving and finish the season on a high note,” coach Mike Bobo said on Sunday.

The Vandals’ two previous bowl appearances both came in the Potato Bowl’s predecessor, the Humanitarian Bowl, in 1998 and 2009. Idaho was the winner in both of those games.

Since 2013, the game has featured a Mountain West Conference team facing a team from the Mid-American conference, but in a game change, the Vandals stayed in state and nabbed the MAC spot in the game.

For the season, the Vandals went 8-4 overall, and 6-2 in the Sun Belt Conference.

Idaho has played one game with a common opponent this season when they beat the University of Nevada Las vegas 33-30 in week four. The Rams beat UNLV 42-23 in their eighth game of the season.

The Rams enter the bowl game riding a hot streak, having won four out of their last five games while putting up some of the best offensive numbers in the country in those five games in which the team averaged 47.4 points per game.

The Vandals come into the game on a four game winning streak, and Idaho has also won six out of their last seven games.

On a side note, this could possibly be Idaho’s last shot at a bowl game, as the Vandals will become the first team in history to drop to the FCS level when they join the Big Sky conference in time for the 2018 season.

Colorado State lost their previous game this season at Albertsons Stadium in Boise, when the Boise State Broncos knocked off the Rams 28-23.

In their 15 all-time bowl appearances, the Rams hold a 6-9 record, and have lost their last two postseason games.

Last year, the Mountain West conference sent eight teams to bowl games, this year, seven teams from the conference are playing an extra game. Five of those teams come from the Mountain division in CSU, Wyoming, Boise State, New Mexico and Air Force.

The San Diego State Aztecs won the conference championship with their 27-24 win over Wyoming in Laramie on Saturday night, and now head to Las Vegas where they will play the Houston Cougars in the Las Vegas Bowl on December 17th.

The Cowboys are headed to San Diego to take on old Western Athletic Conference foe, the BYU Cougars, in the San Diego County Credit Union Poinsettia Bowl on December 21st.

New Mexico is staying in-state, where the Lobos will play the University of Texas-San Antonio on December 17th in Albuquerque.

The Hawaii Rainbow Warriors will make their first appearance in a bowl game in six years when they too stay home and take on Middle Tennessee in the Hawaii Bowl on Christmas Eve.

The Boise State Broncos round out the Mountain West bowl slate as they head to Phoenix to face Baylor in the Motel Six Cactus Bowl on December 27th.