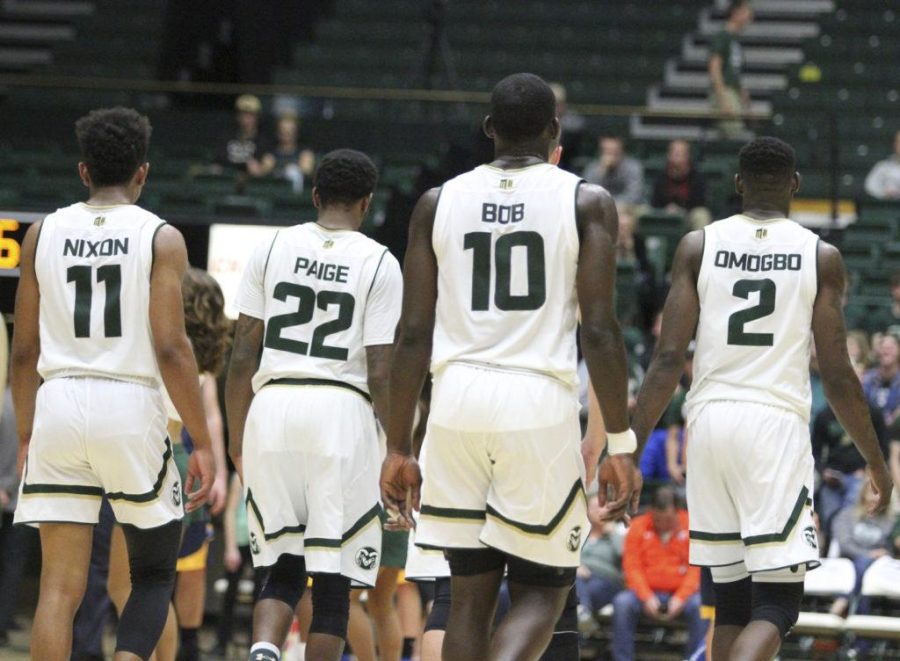 Denver- On a snowy Saturday afternoon in the Mile High City, the Colorado State men’s basketball team squared off with Kansas State at the Pepsi Center, losing to the Wildcats 89-70, despite a career-high 30 points from sophomore guard Prentiss Nixon.

“Prentiss (Nixon) was really good today,” head coach Larry Eustachy told the media. “Not just because he scored 30 points, he really showed a lot of leadership and heart… You just see him getting better and better, particularly against the better teams.”

The Rams got off to a nice start offensively, leading for just over nine minutes in the first half and shooting 41.9 percent from the field. As the game progressed however, turnovers and sloppy possessions began to pile up, and an early lead quickly turned into a double-digit deficit as the Rams struggled to find the bottom of the hoop or create an offensive rhythm.

Turnovers have plagued this team in the non-conference portion of the season and once again cost the Rams in a big game Saturday. In the 19-point loss, Colorado State finished the day with 14 turnovers, resulting in 21 points for the Wildcats.

“We lost focus,” Nixon said, referring to the lack of production on both ends of the court. “We stopped talking on the defensive end. We stopped moving the ball on the offensive end. Had a couple turnovers here and there, but I think the biggest thing is we lost focus on the defensive end. Defense is our strength, everyone knows that. We are top-ten in the country in defense, but tonight we probably looked like the bottom-ten in defense. We played terrible.”

Where the Wildcats truly dominated was in the transition game, outscoring the Rams 11-2 in fast break points. Kansas State was also able to consistently break down what is normally a stout CSU defense by getting the ball to their big men and creating easy scoring opportunities in the paint. Despite nearly identical rebounding totals for the two teams, the Wildcats outscored the Rams in the paint 36-18.

“I just feel like we came not prepared to guard their players,” Emmanuel Omogbo said. “Blowing up plays, letting guys get easy layups, just being soft. We have to do better than that. We are better than that and we just got our ass kicked tonight.”

“They knew coming into the game that our inside game is our strength, so they tried to double me, Nico (Carvacho), Kimani (Jackson) and everyone else,” Omogbo said. “The guards came to play, but we just did not finish out the game. We got too comfortable.”

Despite the second consecutive loss to Kansas State and a lack of production on both ends of the floor, Eustachy is still confident about the prospects of his team moving forward.

“Kansas State was the best team we have played this year,” Eustachy said. “I thought at the start of the game we have some falseness about us, by making some shots, which we ordinarily don’t. We got away from who we are and we have to quickly get it back because we practice tomorrow, play Monday.”

CSU will look to get back on track Monday night against Loyola University in the final non-conference game of the regular season.