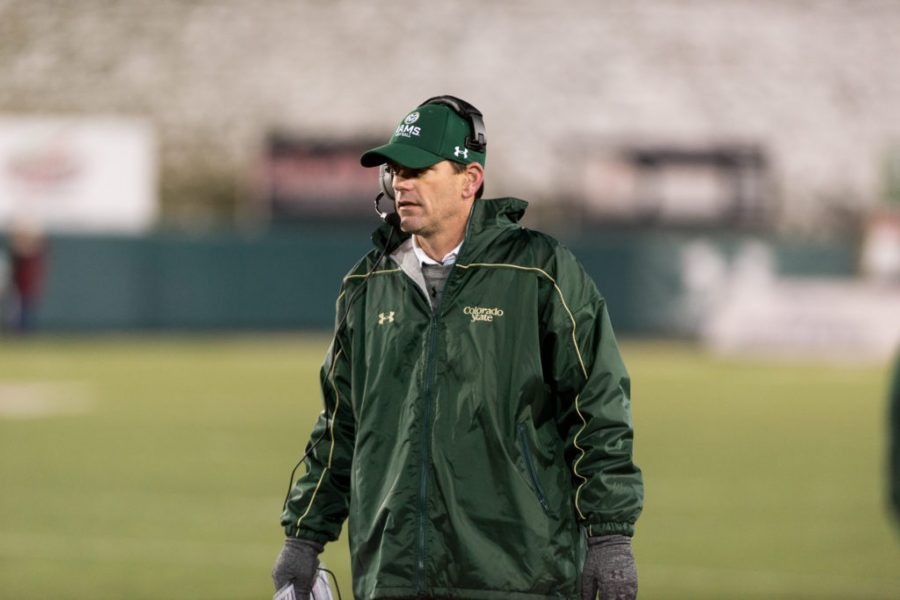 The Colorado State football 2017 recruiting class is starting to gain steam, picking up six commitments over the past week, including a pair of highly touted in-state recruits and multiple JUCO players that can contribute immediately.

Recruiting the state of Colorado was always an emphasis for Sonny Lubick in his days leading the Rams, and by keeping the top talent that the state has to offer, Lubick was able build the foundation for his program. Mike Bobo and the 2016 staff appear to be emulating Lubick as the Rams were able to sign three of the top-10 recruits in Colorado for their 2017 class, matching the total of CU.

Out of Mullen High School in southwest Denver, the Rams picked up commitments from Marcus McElroy and Christian Cumber.

Running back McElroy held offers from Air Force, Colorado, Kansas State and Wyoming, but opted to head to Fort Collins. Widely viewed as the top running back in the Colorado, McElroy rushed for 1,175 yards and 17 touchdowns for the Mustangs, who finished the season 9-3 and are coached by former CSU quarterback Tom Thenell.

Cumber is a physical defensive back and is one of the top-10 prospects in Colorado according to both Rivals and Scout.com. Cumber visited Michigan State in August and Wisconsin in October, but a late push from CSU defensive backs coach Terry Fair convinced the talented defensive back to join the green and gold with his high school teammate.

One reason the Rams are able to recruit the Front Range so well is familiarity. Defensive coordinator Marty English has coached in this region over 25 years and knows Colorado like the back of his hand.

However, the biggest reason is sustained success. Top talent stays in Colorado when it is a viable option for them do so. Now bowl eligible for a fourth consecutive season and a new stadium on the horizon, it makes sense for some of these guys to stay home.

Along with the in-state players, the Rams picked up a verbal commitment from John Blasco Jr. out of Tacoma, Washington. The 6-foot 6-inch tackle is rated a two-star prospect by Rivals and Scout.com.

The Rams newest of junior college commits include Zoantarrious Brunt a safety from Orange Coast Community College, offensive tackle Tyler Bjorklund from College of the Canyons and Christian Howard from Independence Community College.

With these additions, the Colorado State 2017 recruiting class is now at 22, meaning the Rams will more than likely sign a full recruiting class in the offseason. The NCAA limits football programs to no more than 25 new scholarship players each year and 85 players on the roster total.