Washington shoots past CSU 101-68 in second round of WNIT 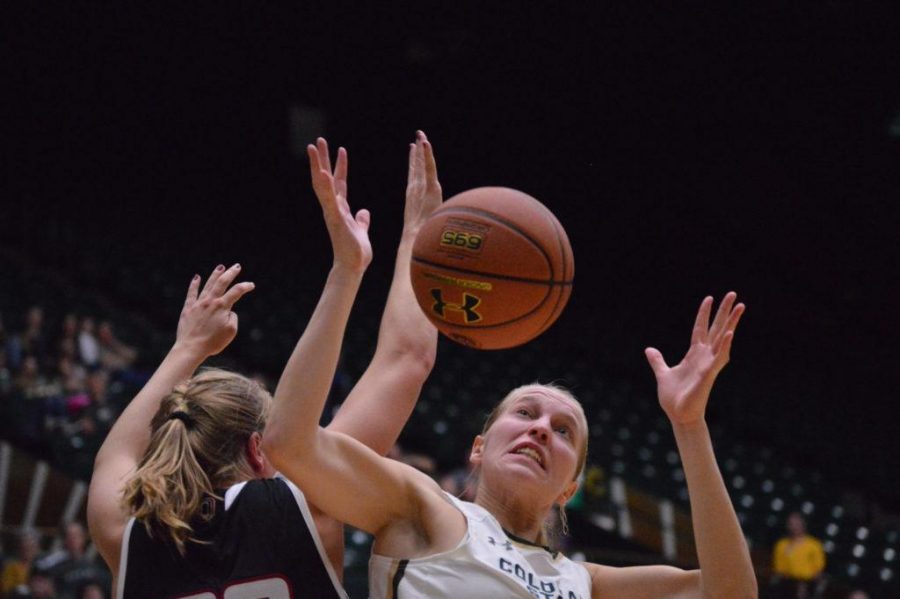 After breezing through the University of Nebraska-Omaha Friday night, the Colorado State women’s basketball team was blown out 101-68 in the second round of the Women’s National Invitational Tournament by the University of Washington Monday night.

The Rams got off to quick start, breaking out an early 6-0 lead over the No. 17 Huskies, but Washington quickly recovered with a brilliant sharp shooting performance, hitting 50 percent from the field in the first half.

It was a dominant team effort for the Huskies in the victory, but guard Kelsey Plum put together a particularly strong performance, scoring 26 points and shooting 5-9 from three-point range. Along with Plum, center Chantel Osahor recorded a double-double with 19 points and 11 rebounds.

Trying to keep pace with the Huskies, the Rams were completely taken out of their game. Washington split what is normally an extremely stout Rams defense with ease and as the home team continued to find ways to score, a sense of panic took over the Rams on offense.

Possession after possession, Colorado State rushed down the court and fired off a quick three-point attempt, instead of doing what they did well against Omaha, which was getting the ball in the post and dominating the mid-range game.

Similarly to the first few minutes of the game, the Rams came out with a nice burst early in the third quarter, cutting the Washington lead to 14. Unfortunately for Ryun Williams’ Rams, the Huskies recovered almost immediately and regained their 20-plus-point lead within minutes.

Fresh off being named Mountain West Player of the Week, Ellen Nystrom led all Colorado State scorers with 21 points. Elin Gustavsson and Sofie Tryggedsson were the only other Rams to score double-digits, totalling 14 and 11 points respectively.

The CSU women’s basketball team will take the court again Nov. 23 for a home matchup with Adams State.