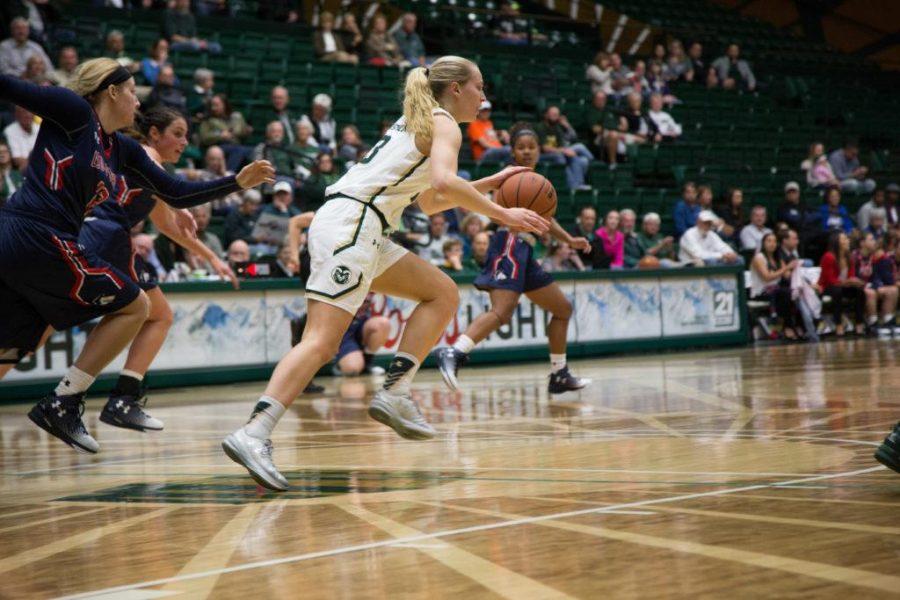 While scrolling through tweets following the Rams blowout victory over Fresno State Saturday, I came across one in particular that stood out to me.

It read, “Someday the fans will take all that irrelevant CU negative energy and use it positively for CSU women’s athletics. I believe that.”

Not many productive conversations can be had in less than 140 characters, but this stood out to me because it is true now more than ever. With the emergence of Colorado athletics, football in particular, the rivalry between football fans across the Front Range has once again heated up.

Even with the recent success of some of the athletics programs at CSU, so many Ram fans are more concerned with arguing with Colorado fans all year and they are missing the excellence happening right in front of them with the women’s basketball and volleyball programs at Colorado State.

I understand that the rivalry is intense and it is natural to pay attention to your sports foes of the world, but if the Ram faithful would concentrate even a fraction of the energy they dedicate to arguing with CU fans and divert it to supporting women’s athletics here in Fort Collins, they will quickly realize that these student-athletes are much more worth their time and breath.

The women’s basketball team went 18-0 in Mountain West-play last season and has won the conference in three straight seasons, which is something no other Mountain West program has ever accomplished.

Simply put, these ladies can ball and Ryun Williams has put together a deep roster that can compete with any mid-major across the country. The Rams are well worth the price of admission on any given night and with the team projected to win a fourth straight Mountain West title, nobody is expecting this program to slow down anytime soon.

Under head coach Tom Hilbert, the volleyball team has become the epitome of success, qualifying for the NCAA tournament in 19 consecutive seasons. Perennial members of the top-25, Hilbert’s Rams have been the class of the conference for well over a decade, even if this year is a bit different than most.

Entering the season, Hilbert ranked 10th among active Division I head coaches (14th all-time) for winning percentage (.778), and 17th for total wins (636). The Rams have won the Mountain West in each of the last seven seasons and have won at least 20 games in every season since 1992.

These programs have been the best Colorado State athletics has had to offer for a multiple-year period and it is about time they start getting the recognition they deserve.

I am not saying that the fans should spend any less time or energy supporting the men’s programs, but they should stop worrying about what is going on in Boulder and appreciate the dominance that the women’s programs have consistently displayed over the years.

There is a stigma associated with women’s athletics in our society, like they are inferior or not as impressive. After watching these athletes compete for the past three and a half years, I can firmly say that what they do is equally impressive, if not more in some ways.

There are tons of examples of physical specimens in men’s athletics that get away with not working as hard by falling back on their raw athleticism. In all fairness, there are probably female athletes that do this as well, but in general, watching these teams compete and execute fundamentally is a sports enthusiast’s dream.

These programs embody what it means to be a team on and off the court, and I have nothing but respect for both the coaches and players. Show up to Moby and support these female student-athletes. You will not regret it.