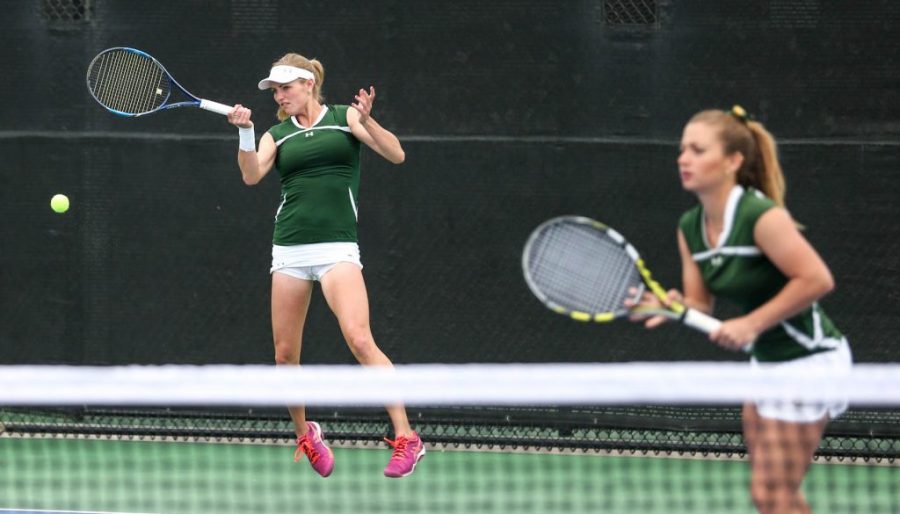 The Rebel Invitational hosted by UNLV in Las Vegas was one to forget for the Colorado State tennis team.

The Rams’ top player sophomore Emily Kolbow was in the second flight and dropped her first match 7-5, 6-1 against the eventual champion in UNLV’s Aiwen Zhu. In her next match, Kolbow fell to Dasha Sharapova of SMU 6-1, 7-6. She lost her final match as well 6-1, 6-0.

Freshman Riley Reeves competed in the third flight and dropped her first match 6-3, 6-2 to Charlie Anselmo of SMU. The consolation round was déjà vu as Reeves lost again 6-3, 6-2, this time to Deborah Suarez of Purdue and also lost 6-1, 6-1 to Marta Ruedas also from Purdue.

Flights four and five saw a glimmer of hope for the Rams as some of the players were able to compete more and came away with a couple wins. Freshman Sandra Keta lost her first two matches in flight four but won her third one in the consolation bracket 6-3, 7-5 over Ellie Zogg of SMU.

Freshman Solene Crawley had the best effort of any Ram in the first round as she was able to force a third set against SMU’s Sara Jamal, but did eventually lose it 6-3, 5-7, 6-3. Crawley would lose her next two matches as well.

The top Rams duo of Reeves/Kolbow was also defeated in the first round 8-2 against Carol Young/Zhu of UNLV. The top duo would also lose their two consolation matches 8-4 and 8-5, both to Purdue.

The highlight of the tournament came in flight two of doubles as seniors Madison Porter and Celine Voss took home third place. They had the only first round win for CSU with an 8-6 win over SMU. Porter/Voss put up a fight against Texas A&M in the second round but ultimately lost 8-6. But an intense third place match against Purdue resulted in the Rams taking the last set to secure victory 8-7.

The Rebel Invitational marked the final fall tournament for CSU. They will open up the spring season at home Jan. 22, when they match up with the University of Colorado.