CSU knocks off Regis 75-60 in exhibition 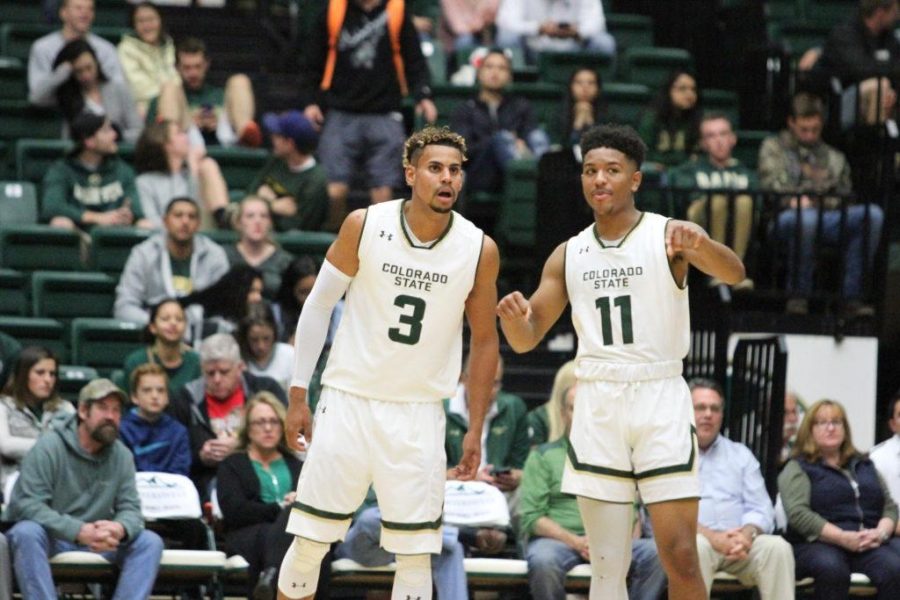 The Colorado State men’s basketball team started the 2016-17 season off with a 75-60 exhibition victory over Regis University at Moby Arena Tuesday night.

Although the exhibition will not count towards the standings this season, Rams head coach Larry Eustachy explained the importance of starting the season with a victory.

“I thought it was 50-50, that we would beat that team going into tonight,” Eustachy said. “We wanted to find a way to win the game and start setting a precedent on keeping this home court advantage and we knew we had our hands full, so I thought it was a great start.”

Despite coming away with a victory, it was an up and down night for the Rams offensively, as the team struggled mightily to keep possession of the basketball, recording 17 turnovers.

Even with these struggles, the Rams managed to shoot 47.2 percent from the field and saw a lot of success in the post. Following the game, Eustachy raved about the performance from his big men and even admitted that they surprised him a little bit as well.

“I learned that the ball should go inside first, because we have great passers in Nico (Carvacho) and Braden (Koelliker),” Eustachy said. “I knew that we were not the shooting team that we were last year, so we need to get the ball inside, whether it is with the dribble or to the post and throw out of it. We made some great plays with passes off the post for dunks and layups.”

Down low, Emmanuel Omogbo was a dominant force as he led the Rams in total scoring with 16 points and falling just shy of a double-double with nine boards. Omogbo displayed excellent touch, finding ways to get to to the rim and score all evening. More importantly, Omogbo was able to draw fouls and hit his free throws, finishing 6-6 from the line.

“He had two silly fouls that kept him out, but is mature enough to be accountable for himself right now,” Eustachy said. “He took over in parts of the game, particularly with getting fouled and making free throws.”

In his return to the court, senior guard Gian Clavell was everywhere for the Rams, especially early. Playing healthy for the first time since he transferred to CSU in 2014, Clavell reminded the hometown faithful what the Puerto Rican guard is capable of, nearly recording a double–double in the first-half alone (10 points, 8 rebounds) and finishing the evening with 13 points and 12 rebounds.

Following his first game back, Clavell joked about playing through nerves and not wanting to disappoint the hometown fans.

“No matter how tough my emotions were, I had to control myself. I do not even know how I will be when it is a sold out game,” Clavell said.

The Rams will return to the court Sunday Nov. 13, when they host New Mexico State in the official home opener at Moby Arena.

Collegian sports reporter Justin Michael can be reached by email at sports@collegian.com or Twitter@JustinTMichael.