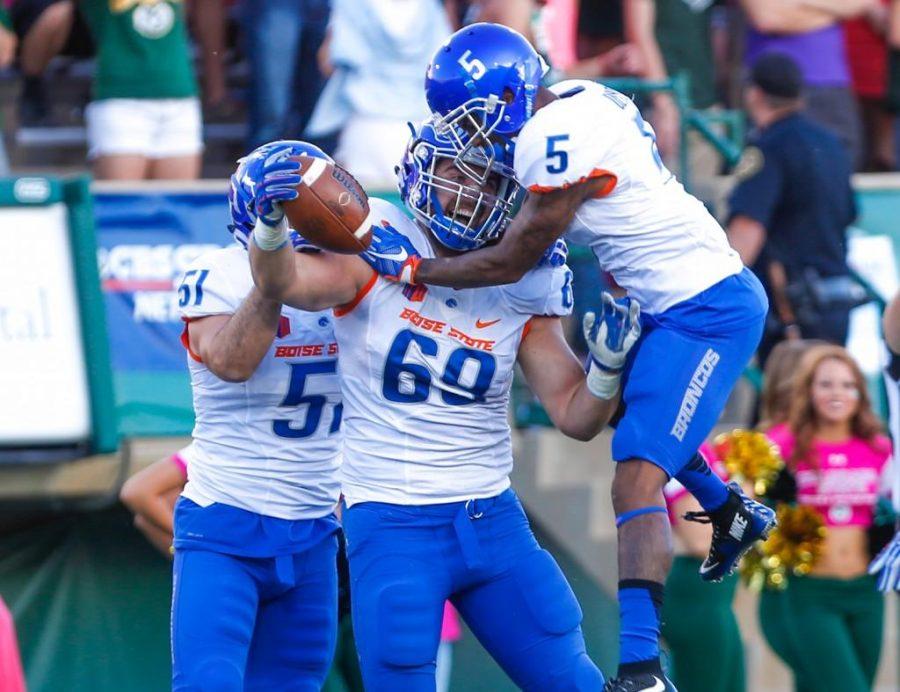 On Saturday, the Colorado State Rams make their third trip to the fabled blue turf of Albertson’s stadium as they travel to Boise, Idaho to take on the No.15 Boise State Broncos (5-0, 2-0 MW).

It’s a history that has been relatively unkind to CSU, as the Rams have an 0-5 career record against the Broncos, losing by an average of 26.8 points per game. Here is a look at how Boise State stacks up.

Offensively the Broncos are the best in the Mountain West, as they returned plenty of top-level talent from last year’s team, as well as an electric newcomer in wide receiver Cedrick Wilson.

“They do so many things and they do a lot of things well. They have two or three great receivers, their quarterback is very sound, they are good in the offensive line,” CSU defensive coordinator Marty English said.

Rypien benefits from a trio of offensive playmakers surrounding him who can create mismatches all over the field.

Senior running back Jeremy McNichols is just as effective as a pass-catcher out of the backfield as he is as a runner. McNichols has run for 558 yards on 110 carries while also catching 16 passes for 216 yards. He leads the conference and is second in the nation in total touchdowns with twelve (9 rushing, 3 receiving).

“(He’s a) very good the running back who can do everything,” coach Mike Bobo said. “He can run, he can catch, he can protect, he probably can throw.”

And on the outside, first team All-Mountain West receiver Thomas Sperbeck just might be the best wideout in the conference. The senior’s 629 yards sit atop the conference, and he also has five touchdowns on 33 catches. Last year against the Rams in Fort Collins, Sperbeck caught five balls for 172 yards and two touchdowns.

“He is just an all around good good football player that knows how to play the game,” Bobo said of Sperbeck.

Joining Sperbeck this season in the receiving corp is 6-foot 3-inches 185 pound juco transfer Cedrick Wilson, who is almost matching Sperbeck in production with 432 yards and five touchdown catches of his own.

Of the team’s playmakers, Bobo said the Rams could not focus on giving one guy.

“They have weapons all over the field,” he said. “They kind of pick their poison of how they want to attack you. That’s why they are so dangerous.”

While not receiving nearly as much attention as their high powered offense, the Broncos play stout defense, especially upfront.

Senior linebackers Ben Weaver and Tanner Vallejo lead the team in tackles with 39 and 31 respectively, while linebacker Darron Lee has been heavily involved in opposing team’s backfield this season. The senior has 5.0 tackles-for-loss to go along with 2.5 sacks through five games.

Senior defensive end Sam McCaskill is another backfield force, as the first-year starter ranks first in the team with 9.5 tackles-for-loss to go with five sacks, while sophomore defensive tackle David Moa leads the team with 5.5 sacks.