MW volleyball update, conference race just about to heat up 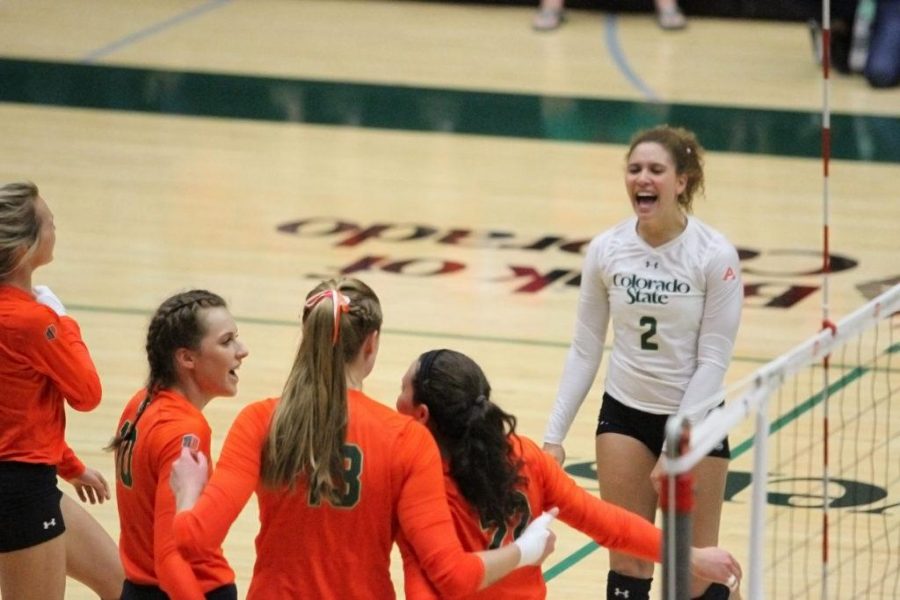 The regular season has flown by and now CSU volleyball has just seven matches remaining in the 2016 campaign. And the race for the Mountain West conference crown (and the automatic NCAA tournament berth that comes with it) is completely up-for-grabs.

As it sits right now, CSU is a half match behind both UNLV and Boise. All three teams have two conference losses apiece, but the Rams have played one less match to date after having last Thursday off.

CSU began conference play 7-0 but have gone 2-2 their past four matches. The Rams lost in five sets to San Jose State on Oct. 20 and then in four sets to Wyoming on Oct. 25. CSU swept Fresno State and Utah State in-between the two setbacks.

Here is a breakdown of where all 11 MW teams stand as of this past weekend’s outcomes:

Colorado State- The Rams (15-7, 9-2 MW) are currently closely behind both Boise State and UNLV, a half game back. But the biggest matches are still yet to come. CSU will host UNLV on Thursday, the Rams beat the Rebels in four on Oct. 8 in Las Vegas. The Rams will also have a match at Boise State on Nov. 16, their lone showdown with the Broncos this season. A rematch against Wyoming also looms the last match of the season.

UNLV- The Rebels (21-3, 10-2 MW) currently are tied atop the standings with Boise State. UNLV and Boise State split their two matches against each other. UNLV also has a very difficult road trip this week, traveling to play CSU on Thursday followed by a match in Laramie on Saturday.

Boise State- The Broncos (19-6, 10-2 MW) have been winners of their last eight matches after dropping one to Nevada on Oct. 1. Boise State is done playing co-leader UNLV, but also still has to make a trip to Laramie while hosting the Rams.

Wyoming- The Cowgirls (15-9 8-3 MW) have been up-and-down throughout the course of the season and are still not out of the race. They can still make up some ground with a home match against UNLV and the season-ender in Fort Collins.

Nevada- The Wolfpack (15-8, 6-5 MW) are likely out of the title race, but Nevada might have some potential to wreak a little havoc with CSU, Wyoming, and UNLV still on the schedule.

San Diego State- The Aztecs (14-11, 6-5 MW) are similar to Nevada. SDSU boasts some talent on its roster and has opportunities with home matches against UNLV and CSU to play spoiler.

Utah State- The Aggies (10-13, 5-7 MW) sit nearly directly in the middle of the league with matches left against Boise State and UNLV.