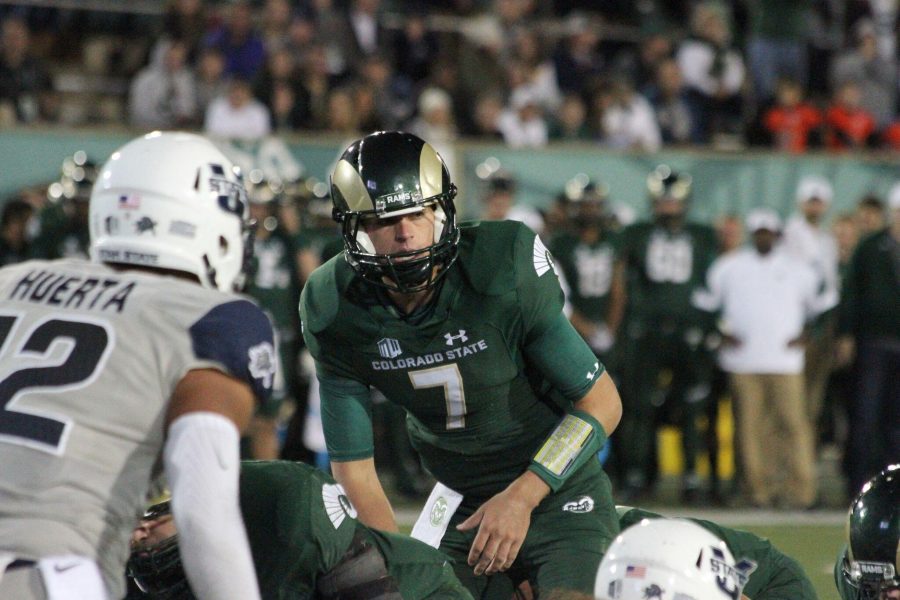 After going into halftime down a pair of scores, Mike Bobo’s Rams could have easily folded and accepted defeat to a talented and physical Utah State team. They could have given up again when Collin Hill went down with a knee injury trying to make a big play in the third quarter. Instead, this team dug deep and outscored the Aggies 21-0 in the second half on their way to a 31-24 homecoming victory.

Saturday was a completely different story. Utah State came out fast with their run-heavy offense and looked like they were going to be able to move the ball with ease all night, but credit defensive coordinator Marty English for being able to make the necessary adjustments to keep this team in the game.

CSU completely shut down the Utah State offense in the second half and executed at a level that we have not seen this defense perform in the past. The defensive line was able to get consistent pressure without blitzing, linebackers were able to make plays and the secondary shut down the Aggies air attack.

Kevin Davis did what he does on a weekly basis, which is make plays. The linebacker recovered a fumble forced by cornerback Tyree Simmons and intercepted Aggies’ quarterback Kent Myers in the fourth quarter to secure the Rams victory.

On the other side of the ball, the offense was able to capitalize when given opportunities to score and those two factors were really what made the difference against the Aggies. Against Utah State, CSU made plays on both sides of the ball when it mattered most. As I said before, a lot of the credit goes to the defense, but Nick Stevens also deserves high praise for coming in to lead the team to victory after being on the sidelines for over a month.

Stevens was poised and made good decisions with the football, while the offense was able to rely on the rushing attack of Izzy Mathews and Dalyn Dawkins. Stevens played poor against CU and his benching was justified, but it should not be forgotten that Stevens led the Rams to a bowl in 2015 and earned second team all-conference honors.

If Stevens plays like he did in the second half of last season, the Rams will be in a position to compete for bowl eligibility again in 2016. After defeating Utah State last weekend, this team is technically still in position to compete for a Mountain West Championship but reaching a bowl would definitely be a success for this young Rams team.

Boise State will be a tough opponent this Saturday, but the Rams have a pair of winnable games after with UNLV and Fresno State. Saturday is a chance for the Rams to reestablish themselves with Stevens as their leader and see how they fair against a talented Broncos squad, before CSU enters the most important stretch of the season.