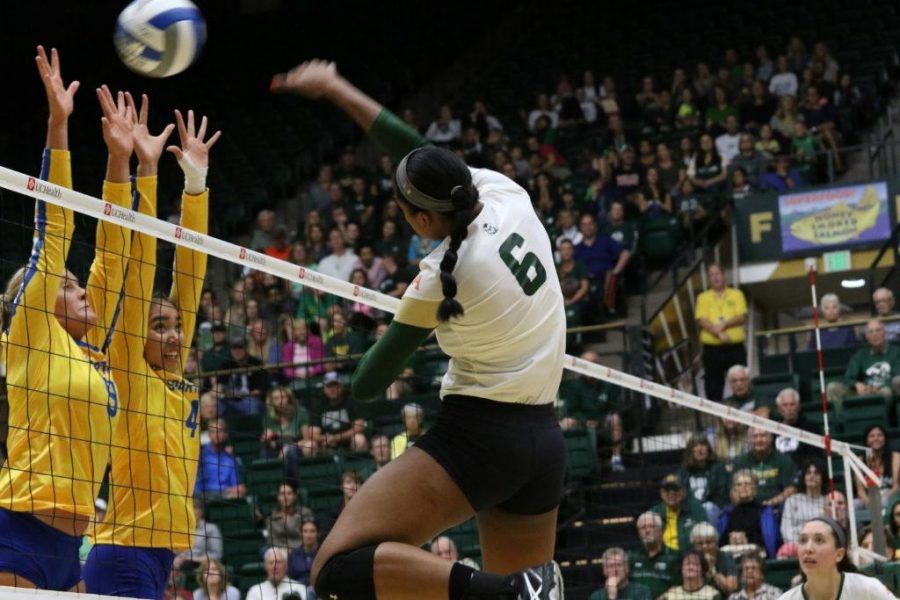 Jasmine Hanna was named Mountain West Offensive Player of the Week, the conference announced on Monday.

Hanna, a junior outside hitter averaged 3.43 kills per set last week in helping the Rams to a pair of road wins, including a four-set victory over UNLV on Saturday that made CSU the only MW team without a conference loss.

Hanna tallied 12 kills in both matches last week while hitting above .400 in each match as well. Against UNLV she hit .462 with no errors while also contributing four block assists. Most notably, on 52 total attempts last week, the Queen Creek, Arizona, native only committed a single attack error. Hanna is hitting .256 on the year and is averaging 2.83 kills per set.

As a unit last week, the Rams hit .379 and are currently eighth in the country in team hitting percentage.

The two wins place CSU at an unblemished 5-0 in MW play and in sole possession of first place in the conference standings.

CSU returns home for its first home match in 19 days against Nevada on Thursday.