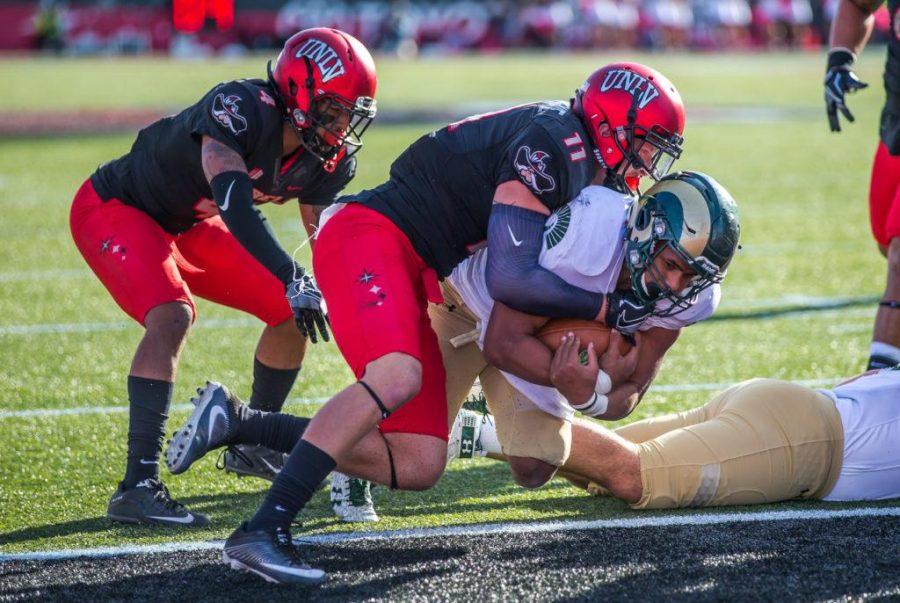 What the record doesn’t show is that the four losses have come against teams who hold a combined 23-6 record and that CSU is amongst the nation’s leaders in red zone offense (11th nationally).

Of the teams 29 trips to the red zone on the year, 27 have resulted in points. Of the two times the team has failed to convert a red zone trip into points, one came against Wyoming on a missed field goal. The other? In the midst of blowing out UNLV last Saturday, CSU held a 42-23 lead with under a minute remaining and had the ball in the red zone. Running back Bryce Peters was marked down short of the end zone as time expired, hardly being able to count as a failed attempt in the red zone.

What does the team attribute this success to? For quarterback Nick Stevens, it is all about focus.

“It was one of the big focuses (in the offseason) that we when we get in the red zone, we need to score, we need to get points and not turning the ball over, not getting penalties that get us out of field goal range,” Stevens said. “It’s just kind of like they pushed on us once we crossed the 30 you have to a completely different focus and just be tuned in to what we’re doing because mistakes can cost you points at that point. Mistakes on any part of the field are bad, but specifically in the red zone when you have points in front of you don’t want to give those up. It’s just a bigger focus at that point.”

That focus has resulted in no red zone turnovers in eight games, and a five for six performance against UNLV. Coach Mike Bobo reiterated Stevens’ thoughts.

“Its all about focus,” Bobo said. “We’ve done a good job on focusing in the red zone and we capitalize, we’ve got to focus a little bit better on third down.”

For Bobo, the recent success in the red zone is gladly accepted, but he wants to see the offense be able to have more drives end from long scoring plays.

“The thing about it is we’ve been in the red zone probably more times than anybody in our league,” Bobo said. “And it’s good that we’re efficient, but I’d rather have some more explosive plays from longer distance outside the red zone, which we’ve got the last couple weeks with (Michael) Gallup’s long touchdowns. We’ve got to have some more of those because it’s hard to score and for us to keep that up all year, I don’t think we’ll be able to do that. I hope we will, you always want to be efficient and we’ve done a nice job of doing that down there.”

Junior transfer Michael Gallup is one of the players stepping up and making the big scoring plays Bobo wants to see. Gallup has scored on plays over 30-yards in three straight games.

Gallup has consistently improved throughout the season and has become the undisputed biggest receiving threat, boasting 36 receptions for 570 yards and five touchdowns on the year.

“I said it at the beginning of the year, I said it in camp, (Gallup) will get better every single week,” Bobo said. “Here is a guy that didn’t play football at all last year at junior college. He was a high school quarterback. He is a raw receiver, but over time with coaching and understanding what we’re trying to do conceptually, he will get better. The thing that we did this week was made it a point of emphasis to get him the ball early. The last couple weeks he had only touched it really in the second half so we wanted to give him some opportunities in the first half and he responded.”

If Gallup can continue his hot streak with some help from fellow new comers Detrich Clark and Anthony Hawkins, who the team featured frequently in the win over UNLV, and the CSU offense continues to put up red zone efficiency, the CSU offense can ascend into the peaks of the Mountain West ranks.