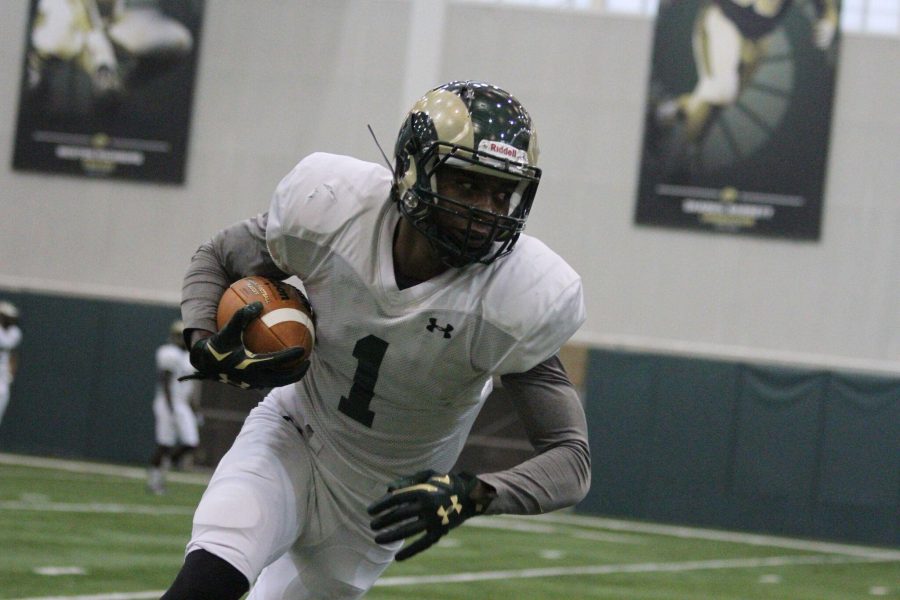 When Colorado State opened up their season against Savannah State in 2015, they played a team that won two games in the past two seasons. It wasn’t a big deal that the team was in their first year of the Mike Bobo era. That feeling of security doesn’t last forever. More competitive games were around the corner, and the offense was put to the test.

The Rams didn’t go undefeated in 2015. They didn’t have the highest scoring offense in the country. CSU went 7-6 and had the third most prolific offense in the Mountain West, averaging 29.6 points per game.

Fast-forward to the start of the 2016 season, and the team has now had one year of trial and error with Bobo and offensive coordinator Will Friend. The 2015 season can be looked at as more of an installation process. The team wanted to implement the new offense and learn how Bobo and Friend wanted things done. In 2016, the team feels they have the familiarity and understanding of the offense that will lead the Rams to more wins in the coming season.

“We are light years ahead of where we were last year,” Bobo said.

The team has made improvements in terms of understanding the offense at virtually every position, according to Bobo.

“If you talk about the offensive line, if you talk about the tight end position, even though we lost two tight ends, but Danny (Nwosu) and Nolan (Peralta) are two tight ends that were in the system last year,” he said. “We are light years ahead at the quarterback position… We’re light years ahead at the tailback position with (Dalyn) Dawkins and Izzy (Mathews).”

The one position that Bobo said was a little bit behind was at wide receiver, but they are starting to grasp it on the same level as their peers, according to the coach.

Currently listed as starters at wide receiver are sophomore Olabisi Johnson, redshirt junior Sammie Long IV and redshirt sophomore Marcus Wilson in the slot. The three have combined for minimal experience, playing behind the likes of Rashard Higgins and Joe Hansley in 2015, but Bobo isn’t concerned about the new comers knowing the entire offensive scheme, just their own job.

“Running back and receiver is where a lot of our new guys are going to play and are one of the positions that you can play early,” he said. “They don’t really have to understand what you are trying to do conceptually, they have to line up and know what to run and recognize the coverage.”

With last season and fall camp behind them, the players share a similar feeling to their coach. The team is ready to take the next step in their offense: implementing more of the playbook.

“Last year, at this point, it was just kind of the basic stuff that they put in every fall camp,” quarterback Nick Stevens said. “We have a lot more that we can bring out just because we have the basic things down. We can move to some more advanced stuff.”

Stevens started slow last season, but finished the season throwing for 2,679 yards — the most ever by a sophomore quarterback in CSU history — and threw 21 touchdown passes, good enough for a spot on the All-Mountain West second team.

“Everybody, except for a few guys who we’re going to play as freshman, has had a full year of experience in the offense whether that be game time or practice time,” Stevens said. “Last year at this point nobody had played a game in this offense. I think that’s going to help us out a lot as an offense and we have some really good things to look forward to this year.”

The increase in offensive familiarity among players doesn’t stop with Stevens. Redshirt junior offensive lineman Zach Golditch has expressed his comfort level in the offense. Goldithc no longer understands just his own job, but the entire offense’s job.

“I think when (the coaches) are saying ‘know what you are doing’ we get it, we understand the little individual photos and we understand the little picture of our individual position and now I know what Fred (Zerblis) is doing, I know what Jake (Bennett) is doing,” he said. “That’s huge cause then it gets everybody on the same page and when everyone is on the same page big plays happen.”

Being on the same page as the rest of the offense is key for any successful team. Having one year under their belts, it is now time for this offense to see just how well they understand it.

“I think it’s huge now we are a year deep into the system,” Golditch said. “We know what we are doing and that’s huge because now we can play faster, we can focus on the little things. Little things win games.”