The greatest Rocky Mountain Showdowns in history: No. 2 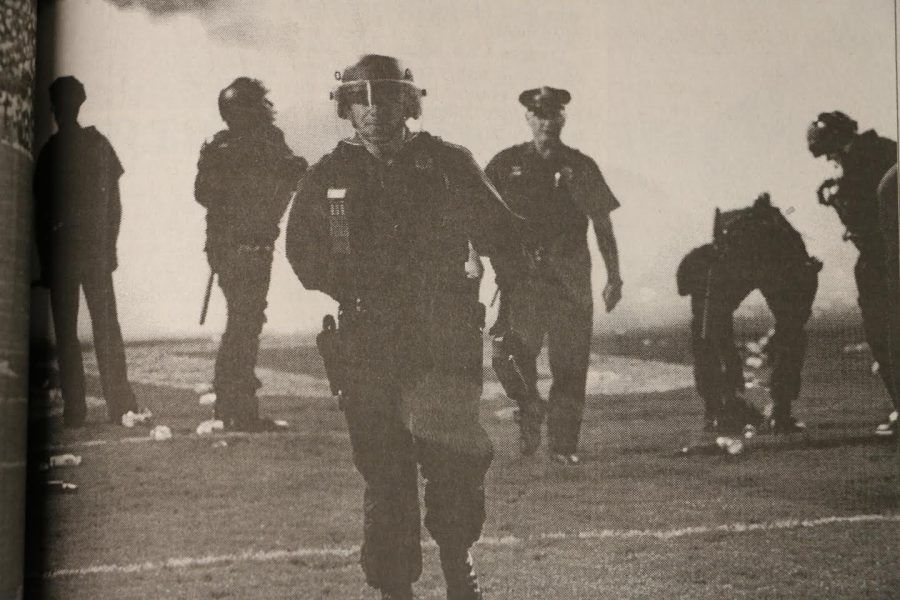 On Sept. 4, 1999, the Rocky Mountain Showdown should have been remembered as one of the proudest moments in Colorado State history. CSU had not defeated CU since 1986 and coming into the game ranked No. 14 in the nation, CU was prepared to once again reign supreme in the state of Colorado. On this evening, however, it was Colorado State who would dominate the contest in every way possible. The Rams would throttle the Buffs 41-14, forcing six turnovers and recording nine sacks on the day.

Unfortunately the phenomenal defensive performance was overshadowed by the events that occurred following the contest. As the game concluded, CSU fans, thrilled with the convincing victory over their in-state foe, began to storm the field. Any college athletics fan knows that storming the field is a longstanding tradition in rivalry games and upsets. What is usually an exciting moment between a victorious team and their fans, turned into a terrifying event when police turned the game away from touchdowns and moved towards tear gas.

As tear gas filled the field, cheerleaders and band members fled in horror, leaving their equipment behind in the chaos. In an interview with the Collegian in 1999, band member Andy Burroughs described the scene, which was a lot closer to a war zone than a college football game.

“I was just running,” Burroughs said. “ There were CSU and CU people collapsed everywhere. I grabbed a tuba player who had fallen down; he was totally in shock. I pulled him up with me. I just wanted to get everyone out of there.”

Long before the riots occurred though, Colorado State truly dominated Colorado in every facet of the game. Six minutes into the contest, CSU linebacker Rick Crowell intercepted CU quarterback Mike Moschetti’s pass attempt and returned the ball 54 yards for a touchdown.

Later in the first quarter, senior running back Kevin McDougal rushed for 59 of his 190 yards on the day, with a long touchdown run to put the Rams up 14-0.

In the second quarter, the Rams continued to move the ball through the big play. Wide receiver Frank Rice took a screen pass 67 yards to the end zone. By the third quarter, the route was on with CSU leading 35-0.

The lead got as large as 42-0, before the Buffs finally managed to score a pair of late touchdowns, but the game was never in question. After nearly 15 straight years of frustration and disappointment, Sonny Lubick and the Rams had finally defeated their in-state rival.

Following the game, Lubick and the players expressed how much the victory over Colorado truly meant to them.

“They were ready to get rid of me, if we didn’t win tonight,” a relieved Lubick joked.

Colorado State’s all-time leader in sacks and 13-year NFL veteran Clark Haggans said that the victory over the Buffs felt like “getting out of prison”.

“All week long I had this fear of losing,” Haggans said. “I just freaked out. I just couldn’t picture it. I don’t know what I would have done. I probably would have dug myself a 30-foot hole on the 50-yard line.”

The Rams would go on to defeat the Buffaloes in two of the next three years, starting the most successful run against Colorado in school history. 1999 was a turning point for the Colorado State football program, finally defeating Colorado, a program that won a National Championship nine years before and were a perennial member of the top-25.

Although the game would be overshadowed from the events that occurred after, there is no doubt that this win was one of the most important in program history.

Collegian sports reporter Justin Michael can be reached by email at sports@collegian.com or Twitter @JustinTMichael