Rams look to rebound from Showdown 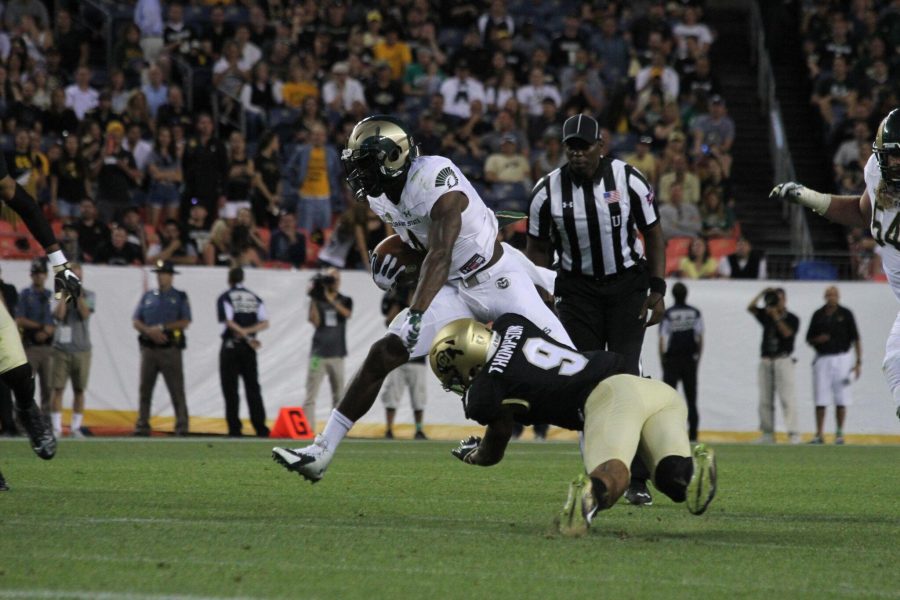 From a both a players and a coaching standpoint, it was difficult to find anything that went right for the Colorado State Rams in the Rocky Mountain Showdown.

The 44-7 loss certainly was not the outcome that anybody in the program expected, but it happened and it’s over with.

From the head coach down, everyone within the program took a long look at themselves after the loss to CU. Everyone on the field made mistakes, and that certainly did not exclude the coaches.

They thought they had a good game plan headed into the Showdown until CU all but obliterated the plan by the end of the first quarter. Now, it’s about not repeating that performance.

Moving forward from the CU loss started on the bus ride home from the game as players and coaches started to evaluate the film. Plenty went wrong for the team in the game. There was no shortage of learning experiences.

They need to come back and learn from it fast.

Friday night’s game showed that this team is a long way from where they want to be. They all insist that the team everyone saw Friday night is not the team they will be the rest of the season, but if that is the case, mistakes need to be fixed fast.

They do have a long way to go, and the looming matchup on Saturday with a University of Texas-San Antonio team, fresh off a 26-13 win over Alabama State, sure does not look as inviting as it did just one week ago.

Last season, CSU went into the Alamodome and beat the Roadrunners by only two points. This Saturday, UTSA comes into Hughes Stadium bringing plenty of challenges of their own for the Rams, especially in dual-threat quarterback Dalton Sturm and running back Jarveon Williams.

“They are an athletic group, they are as athletic as the group we just played. We played them last year and they were flying around, they could run. They are gonna come up here and do that again,” offensive coordinator Will Friend.

All of the CSU coaches stressed that this game would be no cakewalk, especially after last week.

It’s also a brand new UTSA staff that the Ram coaches are trying to prepare for. UTSA’s week one game is the one concrete piece of information the Ram coaches can use to prepare for this week. On the other side, They know the UTSA coaches saw what went wrong for the Rams on Friday night and are going to do their best to exploit it.

For CSU, the focus has to be on their own team and fixing their mistakes, so they don’t get bit by the same things all over again.

“The good thing is there is not enough fingers to point, everybody took a little bit of it,” Friend said about his offensive mistakes during Friday’s game. “The biggest thing is, (and) this is gonna be a good football team coming in here, but we have to fix us.”

On Monday, the coaching staff announced that they had taken the first step in trying to prepare for Saturday’s game by announcing senior Faton Bauta the starting quarterback. Friend said that Bauta did provide a spark for the offense at points during Friday’s game, but they need to find a quarterback capable of moving the offense consistently.

This week is all about finding players who can take what went wrong from last week, learn from it, and try and put it together before Saturday’s match-up with UTSA. Bauta is just one of the players with an opportunity to do just that.

There are a lot of issues to address, and not a lot of time to do it. It’s a long road to take in one week. But the team is already moving forward.

“You go to work today, you address the issues,” coach Bobo said. “You don’t make excuses for what happened or to how things happened. You address it and you move on.”

Collegian sports reporter Eric Wolf can be reached by email at sports@collegian.com or on Twitter @ChadDeutschman