No. 25 CSU volleyball takes on trio of teams in first test away from Colorado 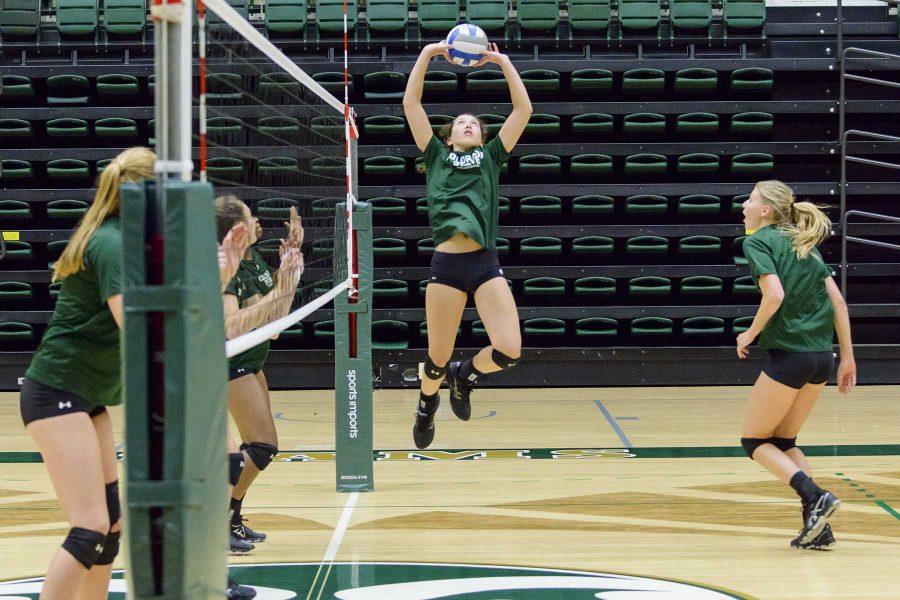 For the first time this season the No. 25 CSU volleyball team will take their show out of the state of Colorado this weekend.

CSU (3-0) is perfect in their first three matches and have won 9 of a possible 10 sets, the only defeat coming in the second set on Tuesday night at UNC. The Rams other two wins were both 3-0 sweeps of North Dakota State and St. Mary’s last Friday and Saturday.

It’s a young team without a doubt. In the opening match of the season against North Dakota State the Rams had four freshman in their starting lineup. Coming into the season, CSU had seven players in their first year with the program. Many of the questions about the team’s youth have been answered clearly in the first couple of matches.

Freshman outside hitter Olivia Nicholson has had a stellar beginning to her career. Nicholson has reached double-figures in kills and digs in each of her past two games while also sporting hitting percentages of .562, .476, and .370 in her first three collegiate games. Fellow freshman Katie Oleksak has been huge for the six-time defending conference champions as well. Oleskak has posted double-doubles in her first three matches, eclipsing the double-digit mark in assists and digs in all three matches while also posting five blocks in Saturday’s sweep of St. Mary’s.

The lone senior on the squad, libero Cassidy Denny has been a rock along the back row defensively. Denny had 25 digs two nights ago against UNC in what head coach Tom Hilbert called “One of the best matches I think I have seen her play.”

CSU may face their toughest tests of the young season so far this weekend, however. First off is Baylor on Friday. The Bears, a member of the Big-12 conference were picked to finish eighth in the nine-team conference in the preseason coaches poll. The Bears had one player, sophomore middle hitter Shelly Fanning named to preseason All-Big12 team. Last year CSU swept Baylor 3-0 in their season opening match at Moby Arena.

Next up on Saturday is the Pittsburgh Panthers. Pitt comes into the weekend at 2-1 and is coming off a 23-9 season a year ago in which they were on the cusp of an NCAA tournament berth. The Panthers return five starters from last year but are also in the process of replacing All-American players Amanda Orchard and Kadi Kullerkann. Pitt finished sixth in the ACC last season.

Closing out the weekend for the Rams is a late Saturday afternoon matchup against the hosts. UC Santa Barbara has started the year 2-1, with their lone loss being a sweep to Mountain West member UNLV.

CSU’s first game will be at 11am MT against Baylor. On Saturday the Rams will play Pitt at 11 am MT followed by the match against UC Santa Barbara at 5:30 pm MT. All games will be on the campus of UC Santa Barbara.