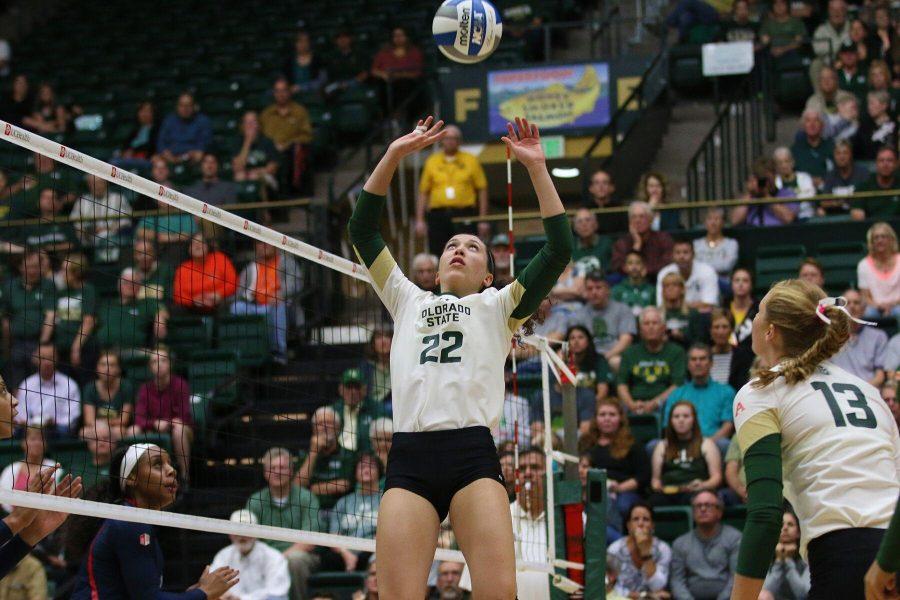 Freshman Katie Oleksak was awarded the MW offensive player of the week after a record-setting 59 assists against Fresno State Photo credit: Elliott Jerge

Freshman setter Katie Oleksak was rewarded with the Mountain West offensive player of the week honors after a school-record performance last Thursday, the conference announced Monday.

Oleksak dished out an eye-popping 59 assists in a 3-1 win over Fresno State, which is the most all-time in a four set match in CSU program history since the NCAA instituted the 25-point rally scoring system.

The Phoenix, Ariz. native averaged 14.29 assits per set the last two weeks en route to being named the MW offensive player of the week.

Oleksak’s play resulted in the team hitting .347 in the first week of Mountain West play while averaging 16 kills per set. Oleksak is also averaging one block per set in conference play thus far.

For the year, the freshman setter is averaging 11.58 assists per set, which places her seventh in the country in that category and second among freshmen. Oleksak had also tallied 40 or more assists in eight of the team’s 13 matches so far this season.

CSU (8-5, 2-0 MW) is coming off of two consecutive wins to kick off conference play. The Rams will play Utah State on Thursday on the road at 7 p.m. MT.