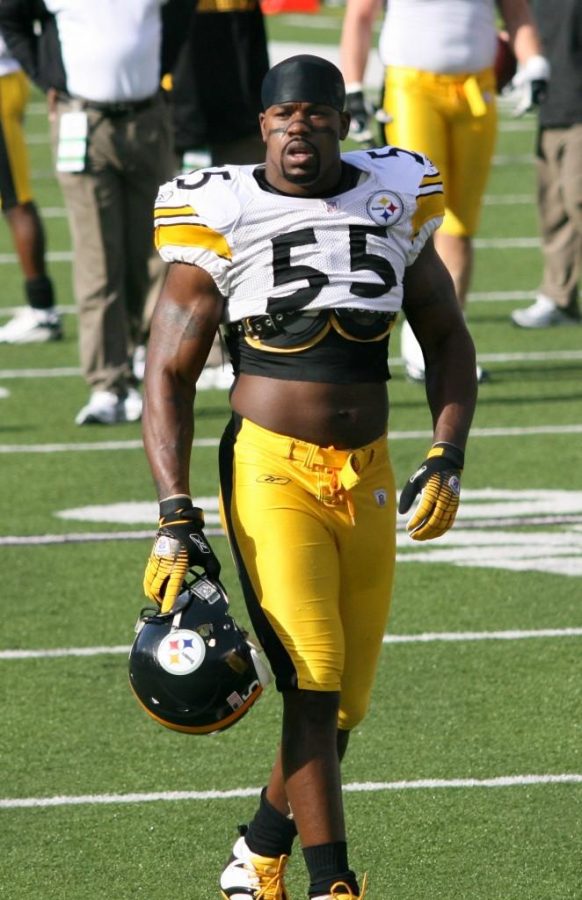 Drafted in the third round of the 1999 NFL Draft, Porter was a four-time Pro Bowler and a Super Bowl champion (Super Bowl XL). In 13 seasons, Porter played in 198 games, recording 98 sacks and 665 career tackles.

Porter spent eight of his 13 NFL seasons as a member of the Pittsburgh Steelers, also playing for the Miami Dolphins and Arizona Cardinals.

In 2006, Porter donated $200,000 for renovations to the CSU football locker room facility in Moby Arena. ” I am excited to be able to provide this gift to Colorado State football,” Porter said in a general release.

“My time at CSU was very special as a football player and a student-athlete. Coach Lubick provided me with an opportunity to pursue my dream of playing in college and the NFL. I am grateful for having had that opportunity, and this was a way for me and my family to invest in the future of the Rams,” Porter said.

Following his NFL career, Porter returned to Colorado State in 2013 as a defensive assistant under Jim McElwain. Porter served as a defensive coach, while completing his college degree.

In 2014, Porter returned to the NFL as a defensive assistant and linebackers coach with the Steelers, where he remains a staff member.