Deutschman: Minnesota will be true test for freshman QB 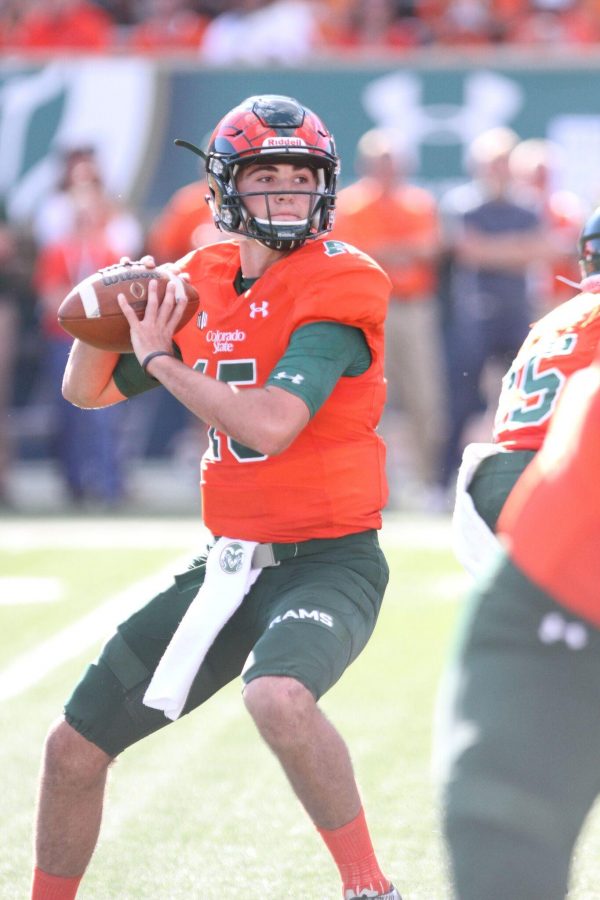 Colorado State was able to put up 47 points against Northern Colorado with freshman Collin Hill at the helm. Things won’t be so easy for CSU (2-1) Sept. 24 in Minneapolis against the University of Minnesota (2-0).

Holding a 20-49 record since 2010, UNC is struggling to compete against opponents in the Big Sky Conference, let alone FBS teams. It came to no ones surprise that CSU was able to walk through the Bears with relative ease — except they did give up the most points in program history to UNC (21).

Collin Hill came in at quarterback and transformed a CSU offense that was stagnant for the first two weeks of the season into what looked like a well-oiled machine scoring on six straight possessions in the first half. Hill finished the day 21 of 27 (77 percent) for 315 yards and four touchdowns, all of which were caught by different receivers.

There is no doubting that the offense looked good with Hill under center, but then again, having only thrown for 171 yards in the first games of the season, it didn’t take much to look better.

Northern Colorado is not the stiffest competition, but regardless of whom CSU was playing, Hill’s performance remains impressive. Just not as impressive as it would be against say, Minnesota. For now, the safe bet is to put an asterisk next to the UNC game.

The Golden Gophers await the Rams in Minneapolis holding a 2-0 record, having knocked off Oregon State 30-23 and Indiana State 58-28. Minnesota will be the first true test for Collin Hill and the new and improved Colorado State offense.

“The opponent we’re playing (Minnesota) is extremely physical,” head coach Mike Bobo said during his Monday press conference. “Minnesota is a big football team. Offensively, one of the biggest offensive lines that we’ll go against all year… Defensively, they’re pretty much the same as they were last year, very similar defensive scheme. They are going to play a four-three defense… they’re fast and they’re physical. It’s going to be a big, big challenge for us this week.”

The last time CSU had a “big challenge” it was against the University of Colorado in the Rocky Mountain Showdown. No need to re-live that. But playing on the road against Minnesota, nationally televised on ESPNU, is a whole new ballgame for Hill.

UNC was the perfect game to give Hill and the rest of the offense confidence going into a matchup with a Big Ten opponent, but things are going to be a lot tougher up in the land of ten thousand lakes. CSU will need a big game out of their young quarterback to escape with a third straight victory.

Minnesota is not UNC. They are bigger, faster, stronger and more experienced. The rout against UNC can only help confidence moving forward, but hold off judgment on the offense with Hill at quarterback until we see it operate against more competitive teams.

The offense struggled mightily with Nick Stevens and Faton Bauta at quarterback, but would Stevens or Bauta struggled the same way against UNC? Probably not. Stevens picked apart FCS opponent Savannah State last season to the tune of 289 yards and five touchdowns. Stevens didn’t impress against CU, but may have had similar results to Hill’s against UNC had he had the chance.

Don’t take anything away from Hill, he put up great numbers against UNC, but Minnesota will reveal what he is really capable of.

“(Minnesota) is physical, they are fast, they are well coached,” CSU offensive coordinator Will Friend said. “They are the best defensive team we’ve played since I’ve been here.”