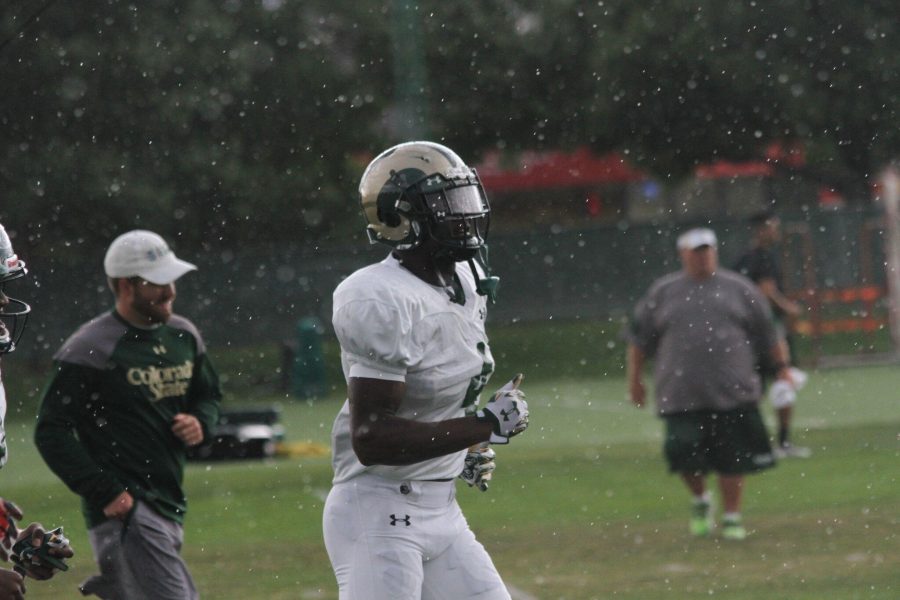 It seems like for the majority of fall camp the talk surrounding the CSU football team, outside of the quarterback position, focused on the youth and the inexperience surrounding this team.

Come Friday night at 6:00 p.m., there is no more talking about it. It’s all on display for the first time.

“(I am) a little nervous about all the young guys that we have to play, but at the same time, you are excited to see what they do. (I’m) excited to see how they react when the lights are on. You want guys that embrace it,” coach Mike Bobo said.

Out of fall camp, coach Bobo made it clear. A significant number of the team’s contributors will be players who are putting on the Ram uniform for the first time.

Offensively, receivers Michael Gallup and Dietrich Clark, as well as tight end Dalton Fackrell and running back Marvin Kinsey could all play a big role Friday night. While Toby McBride, Christian Colon and Jamal Hicks should see reps on the defense.

For the coaching staff and the other players, it’s exciting that they finally have a chance to see what their young guys can do in an actual game. They have seen it all through practice, but now the situation is real.

“I think it’s always fun to see some of the guys that you have recruited or guys that you have seen make a lot of improvement through the offseason and kind of see what they do when they get a chance,” offensive coordinator Will Friend said.

“I think there is definitely a few juco guys like Mike (Gallup) and freshman like Marvin (Kinsey) who are just gonna go out there and show people what I’ve been seeing since August 3rd,” offensive lineman Jake Bennett said.

But it’s not just the newcomers. The team has to replace 13 starters from a season ago. Bobo stressed that there are plenty of guys who have been with this program for two or three years who are finally going to see significant action for the first time.

Guys like Nolan Peralta, Danny Nwosu, Jake Schlager, Evan Colorito, even the whole defensive line. Position converts Jordon Vaden and Marcus Wilson might as well be in that group.

All of them have been at the program for a while, but now the stage is theirs.

And no stage is bigger than the Rocky Mountain showdown. For the young guys and the older players who are going to see the field significantly for the first time, Friday night is the proper welcome to college football.

“That’s where those guys will shine,” offensive lineman Zach Golditch said. “The guys who are putting in all the hard work and preparing, they are going to stand out. There’s no better game to make your debut in, and to make plays then that stage. Especially week one and that opponent.”

With all of the youth and inexperience, the coaching staff have tried to drive home to players that mistakes are going to happen, they just need to to be able to react accordingly. That’s the biggest thing.

“We are not gonna play the perfect game, you never do and there’s gonna be mistakes physical and mental,” defensive coordinator Marty English said. “That’s really where you need your experience, and how you bounce back from that stuff, it’s only gonna come with time.”

The experience the players need, and the coaches need out of their players certainly is not going to come from one game, but it’s a good place to start. The Rocky Mountain showdown is a high-pressure scenario. They are tested early.

English said it’s up to the veterans on his defense to settle down the young guys when those mistakes are made, and to keep them focused on moving to the next play.

And a lot of the veteran guys have been working on preparing the inexperienced players mentally for Friday night.

The veterans have been preaching to the new guys that they have been playing football their whole lives, Friday night is simply one more game, just a little bit bigger.

“It’s just another game,” Golditch said. “They practice, they eat, they breathe, they have friends, they lift. They do all those things, it’s just someone in a different jersey (this time).”

And for any players who still need some pre-game advice, Jake Bennett has some from his first experience in the showdown.

“Just probably be a little bit naive and don’t understand where you are at. I was kind of too young and stupid to kind of understand what was going on,” he said. “I think I was just too overwhelmed with actually getting to play that I didn’t really think about it until I was holding the trophy that year.”