CSU to face off against potent UNC offense 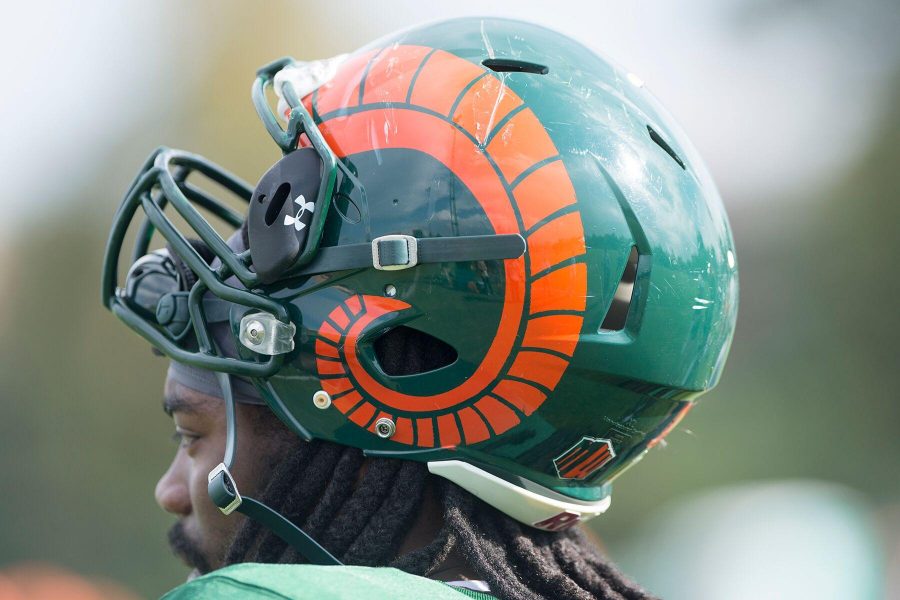 Looking at the 2016 Colorado State football schedule, there were not many games that could be penciled in as Rams wins.

When Colorado State (1-1) faces off for Ag Day on Saturday against the University of Northern Colorado (2-0), it is a game that could have originally been penciled in as a CSU win. But after an inconsistent offensive performance in weeks one and two, the matchup with UNC has turned away from a CSU will win mentality, and taken form to a CSU should win mentality.

The Rams remain a heavy favorite against the Bears, however UNC comes into Fort Collins putting up 56 points per game while averaging 574 yards of offense through the first two weeks.

“UNC has looked extremely well in the first two games, especially offensively averaging over 50 points a game,” Bobo said. “Coach (Earnest) Collins and his staff have done a nice job of going hurry up offense, balancing the run with the pass.”

The major difference between the two teams thus far has been quarterback play, as they sit on opposite sides of the spectrum.

UNC lost starting quarterback Jacob Knipp to a shoulder injury last week just three plays into the game, but nothing changed for the Bears as backup Kyle Sloter came in to throw for 408 yards and six touchdowns.

“I’m impressed watching them,” Bobo said. “I see skill guys on the perimeter making plays. I see quarterbacks that are cutting it lose and letting their guys make plays, which (makes them) a confident team. They’re winning ball games. Winning breeds confidence, it’s good for team morale, they are having production so they are a confident group right now.”

While UNC has seen success no matter who is under center, CSU has featured two starting quarterbacks in as many games and played three. True freshman Collin Hill now enters the role against UNC.

“Right now, we have no confidence offensively,” Bobo said. “We have to find a way to get that this week.”

Somewhere the Rams have gained some confidence on the offensive end is in the run game. Led by redshirt junior Dalyn Dawkins, CSU is averaging 190 yards on the ground per game this season.

Expect Colorado State to ease Hill into his starting role by establishing the run game early, and UNC to try and force the Rams to throw.

“Defensively they have a new coordinator,” Bobo said. “I’m looking for them to probably load the box, ask us to throw the ball so we’ll have to be able to do what we do at a higher level.”

At the same time the Rams are able to move the ball on the ground, the Bears are more than capable of a ground and pound approach. UNC is averaging 264 yards rushing in their first two games.

As unimpressive as the CSU offensive stats may look next to those of UNC, it is important to note that the level of competition the teams have played varies significantly.

Colorado State has played a power-five opponent in the University of Colorado and an improved UTSA team. UNC, who plays in the Big Sky conference —the Big Sky is in the NCAA’s Football Championship Subdivision —, has played Rocky Mountain College and Abeline Christian University.

Coach Mike Bobo doesn’t see lesser competition; he says the team can’t afford to do that. He views UNC as a team that can give the Rams a run for their money if CSU doesn’t show up to play.

“You respect everybody you play,” Bobo said, “You’re going to watch these guys offensively and they are very, very dangerous. They’re putting up points, they’re playing fast; on special teams they have two of the best returners that we’ll face all year and defensively they are going to give us some different things that we haven’t seen. We have to adjust and we’ve got to get ready to play.”

Collegian sports editor Chad Deutschman can be reached by email at sports@collegian.comor on Twitter @ChadDeutschman