CSU offense adjusts to get ball to playmakers 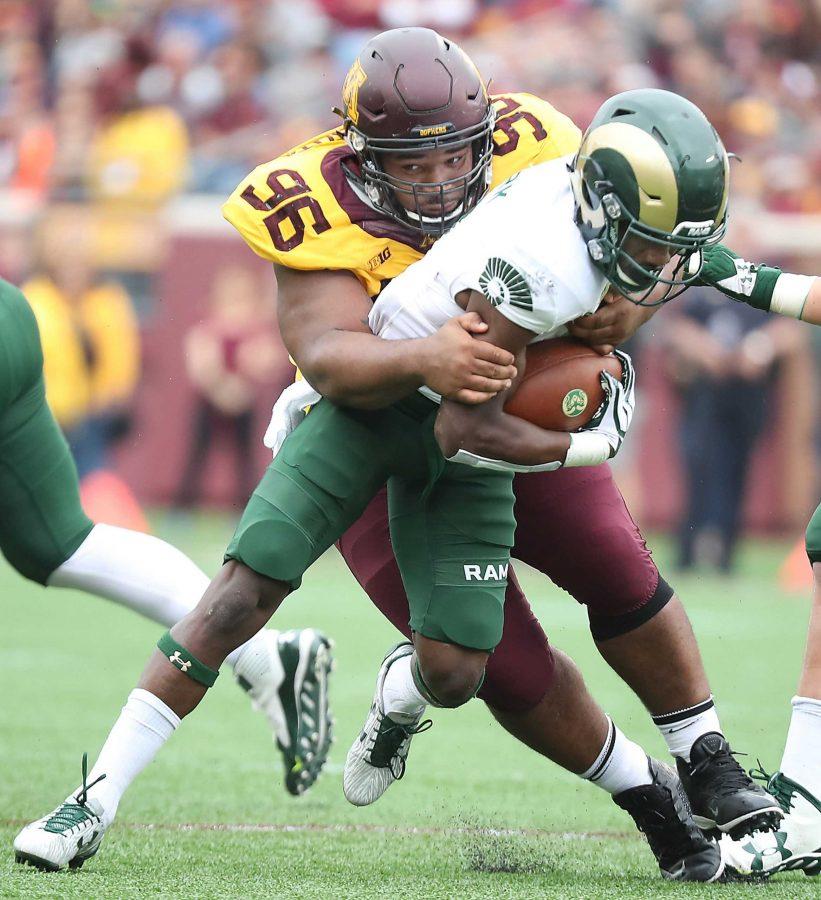 The first time Colorado State football played an opponent from a power-five conference in 2016 they were embarrassed to the tune of 44-7 against the University of Colorado.

Three weeks later, CSU (2-2) got their second crack at a power-five opponent.

After falling 31-24 in week four to the University of Minnesota in a hard fought game, the game plan going into the season has been more or less thrown out the window and buried in the backyard.

This transition won’t show on the depth chart — that has stayed relatively constant with the exception of a few quarterback names bouncing around — or even in terms of how the offense is run.

The transition shows in who is getting the ball.

After a less than impressive showing in the first two games, coach Mike Bobo has made the decision to put new players in the program and get them the ball, often.

Making a transition like that requires some adjustments to the offense. Not every player fits in to the standard offense as well as the coach would like, but when you have players who can make plays sitting on the bench, adjustments need to be made in the offense to accommodate their skill sets.

One of those guys whom does not fit the mold of the standard offense is Detrich Clark. Clark, a transfer from Eastern Arizona Junior College, played quarterback at Macon County High School in Macon, Ga. and also at Eastern Arizona. At CSU, Clark will not be throwing any passes.

Clark has lined up at both running back and wide receiver and also scored a touchdown from the “wildcat” position against Minnesota. Clark has carried the ball 13 times for 77 yards on the season and caught two passes for 25 yards on the year.

“Similar to Deonte Gaines, we knew that we were going to have to have someone that could possibly replace Deonte,” Bobo said. “We thought (Detrich) could do some of those things in the slot and it’s just the stuff you are able to do with guys like him, it puts a lot of pressure on the defense.”

Clark is still working on his route running, according to Bobo. But when you have a player that has a chance to score every time he touches the ball, the team needs to find a way to put the ball in his hands. If the team has to change the offense to adjust to player’s skill sets, they will.

“We probably have more individualized packages than we’ve done in the past, that’s a bit different,” offensive coordinator Will Friend said. “It’s just who is going to be on the field doing certain things.”

Clark is not the only new guy making an impact. Freshman running back Marvin Kinsey Jr. has surpassed sophomore Izzy Matthews on the depth chart, and Bobo wants to give the young man from Atlanta, Ga. more touches.

Kinsey didn’t see the field much in the first two games due to a lack of knowledge in the offense. Kinsey has corrected that and is now ready to enhance his role even more.

“I would say Marvin Kinsey, tremendously, has been studying hard and is working extremely hard in practice and is improving every week,” Bobo said. “We have to find ways to get him more touches.”

Last but not least, is junior Michael Gallup. Like Clark, Gallup is a junior college transfer.

Gallup spent time at Butler County Community College in El Dorado, Kan. before coming to CSU. Gallup came to camp as an extraordinary athlete, catching the eye of Bobo early, but was hampered by an ankle injury. Bobo said that Gallup has a high ceiling, but needs to polish his route running.

Gallup leads CSU with 14 catches for 179 yards and two touchdowns, both coming in the past two games.

“You talk to guys all the time, guys want to get on the field, guys want to have the opportunity to play; it’s about production,” Bobo said. “When a ball comes your way, do you have the ability to make the catch? And that’s what (Gallup) has done. He hasn’t done everything perfectly, (but) when he plays he has production and that’s what we’re looking for offensively.”

Clark, Kinsey and Gallup have become playmakers on the CSU offense. The coaching staff will look to get the ball in their hands even more moving forward into conference play. If adjusting the offense means more touches, so be it.

These playmakers and the rest of the Rams will battle Wyoming for the Bronze Boot on Oct. 1 at Hughes Stadium at 8:15 p.m.