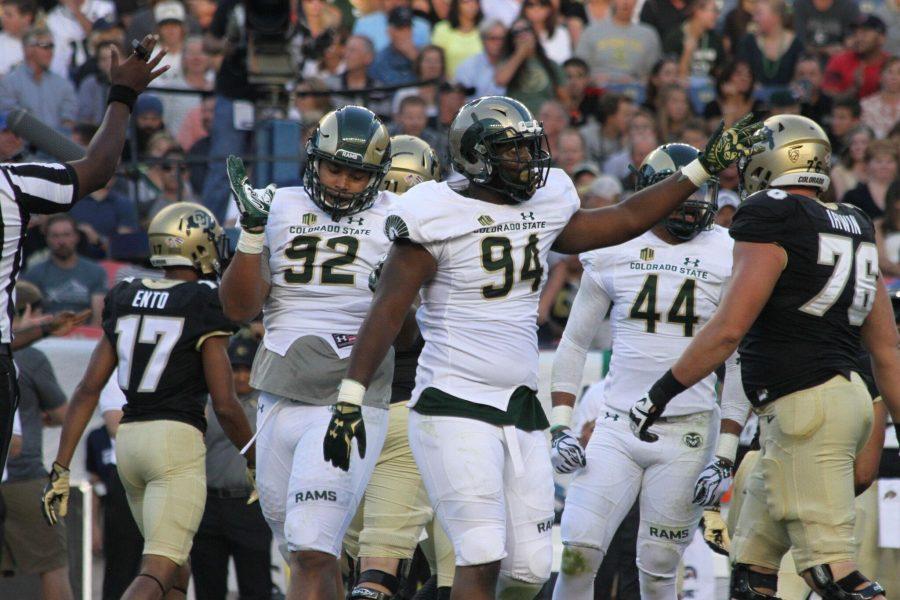 Going into the 2016 season, the Colorado State coaching staff expected some growing pains for the team’s inexperienced defense,they just never expected it to be as bad as it was Friday night in the 44-7 loss to Colorado in the Rocky Mountain Showdown.

Not a lot went right for the Rams defense last week, and a lot of it had to do with that inexperience and the mistakes that come with it.

“It was a lot of little maturity mistakes,” linebacker Kevin Davis said. “I wouldn’t say too many missed tackles, but it was little things that we could have done pre-snap and then during the play. There was no reason for us to make those mistakes but we did make them.”

Friday night, the brand new defense came into the game eager to make plays and a name for themselves. They played hard, the coaches insist on that, but they made too many young mistakes.

They knew what to do, but once the lights turned on, they struggled mightily in the aspects of the game they have worked on all through Fall camp.

In the desire to make plays, they sacrificed their defensive jobs in order to do it. The defense got lost in the moment, caught up with trying to do too much, and it cost the defense as a whole.

The veterans know it, and defensive coordinator Marty English knows it. At Monday’s weekly press conference, English said he is no longer accepting the excuse that his defense is inexperienced and that’s why the mistakes are happening.

He can’t accept that excuse any longer, but he realizes that things are not going to change overnight.

For English, the challenge is getting his guys to play faster and more aggressive without sacrificing their defensive responsibility in the process.

It’s a delicate balance, one that English is still trying to figure out.

“We have got to give the guys a chance to play faster and more aggressive,” he said. “I don’t know if that means that there are some things that you can’t do. I’m hoping that we don’t overcomplicate it.”

The coach can try and teach it all he wants, but at the end of the day, it can only come from experience. That’s why English is still trying to come to terms with the fact that it’s going to take awhile for his defense to figure it out.

The first step to figuring it out came Friday night. The loss certainly got the defense’s attention.

The game opened the team’s eyes and served as the best kind of learning experience, but it’s just one step in a season full of them.

To build this defense, the players on the field have to trust each other completely. If they want to do their job like the coaches have been preaching, they have to know that the guy next to them is doing the same thing.

It’s not an easy thing to do for a young group of defenders, but again, it takes experience.

“We all have to trust each other no matter what and the thing is the trust grows once we start doing our job,” Buys said. “It starts in practice and starts gradually increasing during the game. We have to do our job, we can’t think oh we have to make every play. This defense, it’s all eleven guys or none of us.”

“It is a new defense, it’s a new team and that can be an exciting thing,” Safety Jake Schlager said. “Obviously, it was pretty scary in the first game. We have room to grow and a lot of room to build.”

For this defense to mold together, and build their own brand of football it is going to take time.

Time as in multiple games into the season from what English has said.

For the Ram’s fortunes this season, the sooner the better.

“I mean hopefully it happens immediately but I think it is going to happen with playing time, (with) guys getting into actual games. Hopefully, it happens fast,” Davis said.