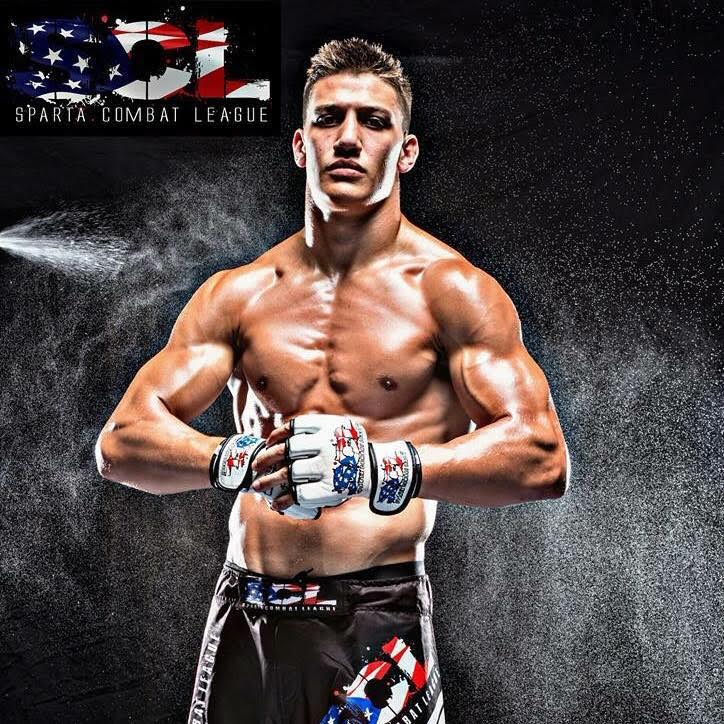 Colorado State senior Michael Stack is making noise and quickly climbing up the ranks of amateur MMA fighting in the Sparta Combat League.

The Colorado Native and CSU student began his career in front of friends and family last February at the Grizzly Rose in Denver. He showcased a dominant performance against David Jackson that was over in just a couple of minutes.

“Right when I got in the cage I was like it’s go time,” Stack said. “I knocked him out in the first round, about two minutes and 30 seconds into the fight.”

Since his debut victory Stack has competed on one other occasion. On June 25 he faced tougher competition against Austin David, but the results were the same. The 22-year-old Stack won his second SCL fight by second-round knockout.

“Austin David was definitely tough,” Stack said. “That guy could take a punch and he actually trained with the former 155 pound champion of the league I’m in.”

If they did not think so before, those following Stack’s uprising now knew he was a legitimate contender for the Sparta Combat League title.

Stack’s father, Steve Stack, said that once he saw the second fight he knew his son was on to something.

“When we went and saw his first fight I knew he was going to be great at it,” Steve Stack said. “But it was that second fight that I realized he really has a shot at doing something big.”

On November 12th, Stack will square up with Donnie Bonini for the lightweight 155 pound title. Bonini enters the fight with a lot of experience, having won his last two fights with an overall amateur MMA record of 5-4. However, Stack’s coach Ryan Schultz loves his fighter’s chances.

“In that first fight Michael walked out screaming this is awesome,” Schultz said. “When you see a guy who loves that terrifying moment before a fight that’s special. He’s training hard and is ready to go. It’s going to take a special person to knock Michael Stack out.”

Stack’s fire and competitive edge did not begin when he first put the gloves on. Stack believes his driven mindset and never give up attitude began when he just a little kid.

“When I was a kid my dad always told me to not let people push me around,” he said. “He told me to not be a bully but also to never back down if someone gives me a hard time. I’ve kind of always had to deal with that because people always wanted to mess with me as a kid.”

In high school, Stack was a second-team All-Conference middle linebacker at Arvada West High School. He weighed only 140 pounds at the time, but his dad says that never held him back.

“In football he was always a little bit smaller than everybody else but had the heart of the biggest guy on the team,” Steve Stack said. “I think being undersized really motivated him to succeed.”

Stack was also an exceptional wrestler in high school who barely missed making state his senior year. By the time his tenure as an athlete at Arvada West High School concluded, the school’s athletic department created an award in his honor.

“The award is for outstanding achievement, and now they give it out every year,” Steve Stack said. “It’s for someone who never quits, never stops, just keeps going.”

The end of the road for Stack, ideally, is not holding the Sparta League belt. Though well respected, Sparta could be described as a minor league to the UFC. Since there are a number of amateur and lower professional leagues that exist, there is a lot of luck and randomness involved in being discovered by the UFC. But it appears Stack is on the right track.

“I definitely see him making the UFC,” coach Shultz said. “The sky’s the limit with his career. Assuming he stays out of trouble outside of the gym, I think everyone is going to know his name in the fighting world someday.”

For Stack, there is nothing more he wants in the world than to not only make it to the UFC, but to be crowned a champion in it.

Collegian Sports Reporter Eddie Herz can be reached by email at sports@collegian.com or on Twitter @Eddie_Herz