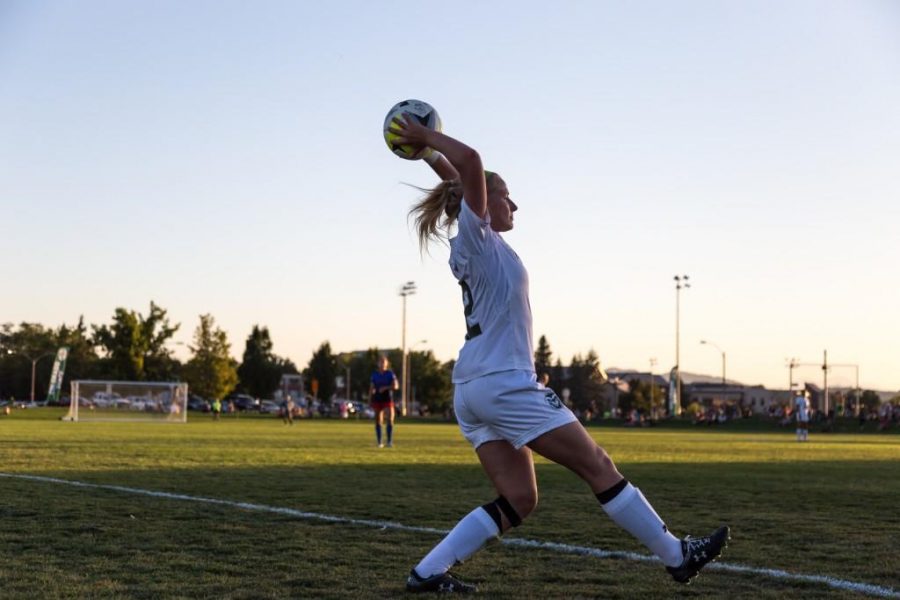 The Colorado State women’s soccer team suffered their first defeat of the season Sunday, falling to the University of Colorado 2-1.

The Rams answered back with a goal of their own in the 27th minute when captain Amy Eckert finished a deflected ball off of the the Rams’ third-consecutive cornerkick.

Hall had her hands full with CU’s freshman forward Camilla Shymka, who came off the bench in the first half. Hall got just enough of Shymka’s first shot on goal, deflecting the ball into the post while falling backwards.

The Rams headed into halftime with the score tied at one a piece, and they can thank redshirt senior Shelby Bowden for that. After Hall was caught off of her line, Bowden made a slide tackle on a CU attacker who was staring down an open net.

Following the Rams’ 2-0 victory over the University of Denver on Friday, head coach Bill Hempen knew his team would be in trouble if they had to play as much defense against CU as they did against DU, and he was right.

The Rams spent most of the second half in their own territory, and ultimately paid the price.

The Buffs second goal of the day came after junior CSU keeper Paige Brandt, who came in for Hall at the half, had her distributed ball stolen away just outside of the box. Senior forward Danica Evans buried the centering pass she received right in front of the net, giving CU a 2-1 lead.

The Rams look to bounce back Friday when they take on the University of Northern Colorado in Fort Collins, their first home game of the season.

Collegian Assistant Sports Editor Colton Stickler can be reached by email at sports@collegian.com or on Twitter @coltonstrickler