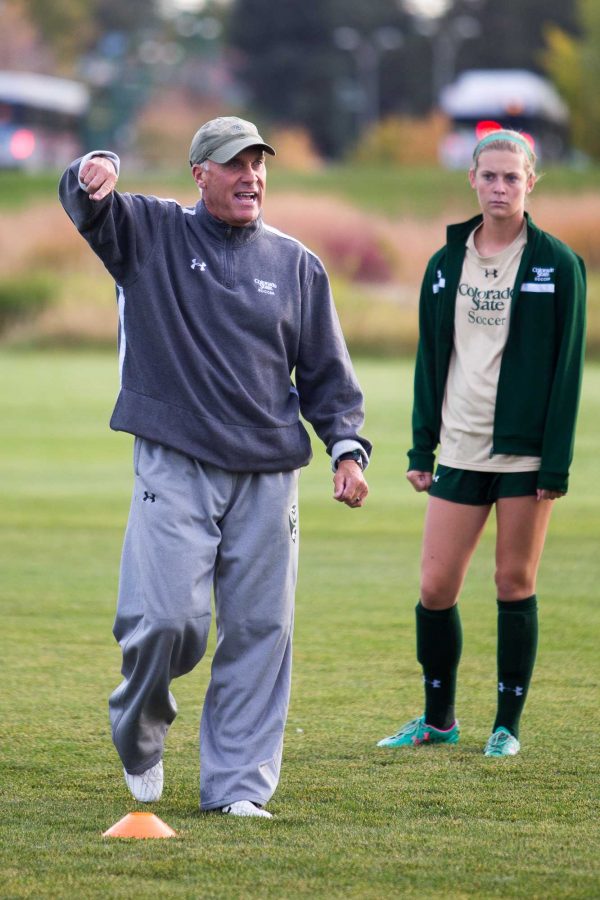 On Friday the Colorado State Rams women’s soccer team kicked off their 2016 season with a 2-0 road victory over the University of Denver.

On a cold and rainy night that felt more like October 19 than August 19, a pair of first half goals and a valiant defensive effort provided the spark Colorado State, (1-0-0, 0-0-0 Mountain West) needed to get their season off to a hot start.

“Let’s boil tonight,” CSU coach Bill Hempen told his team prior to taking the field. It wasn’t long after that sophomore Kaija Ornes buried a cross she received from junior Janelle Stone in the back of the net to give the Rams an early 1-0 lead.

The Rams second goal of the evening came from sophomore Beth Plentl, who turned a Pioneers turnover into a CSU goal with a rocket of a shot to the far post from 30 yards out.

Despite the victory, turnovers proved to be a problem for the Rams throughout the match, something that Hempen knows they will have to clean up before they take on the University of Colorado on Sunday in the second leg of the Colorado Cup.

“We had way too many turnovers in the second half,” Hempen said. “If we have to defend that long on Sunday, we could be in trouble.”

The defense didn’t have much trouble tonight, though, helping the Rams’ redshirt freshman goalkeeper Sydney Hall to a shutout in her first NCAA game.

DU forward Leah Swander did her best to spoil Hall’s big night. Swander, who totaled 10 shots in 2015, accounted for all four of the Pioneers shots in the the first half.

DU had their chances to get back in the game late in the second half. Following a series of big misses, the Pioneers believed they had a goal off of a corner kick with 12 minutes to play, but the goal was ultimately disallowed after DU’s Jessie Dancy was issued a yellow card for intentionally hitting the ball in with her hand.

Although the Rams only have one game under their belt this season, Hempen has a different feeling about this team than he has had in years past.

“There is a different feeling around this group, they feel like they belong,” Hempen said. “That’s a testament to the kids before them who fought their butts off and have nothing to show for it.”

The Rams will head to Boulder on Sunday to take on the University of Colorado, who defeated Air Force 2-0 on Friday night.

Collegian Assistant Sports Editor Colton Strickler can be reached by email at sports@collegian.com or on Twitter @coltonstrickler