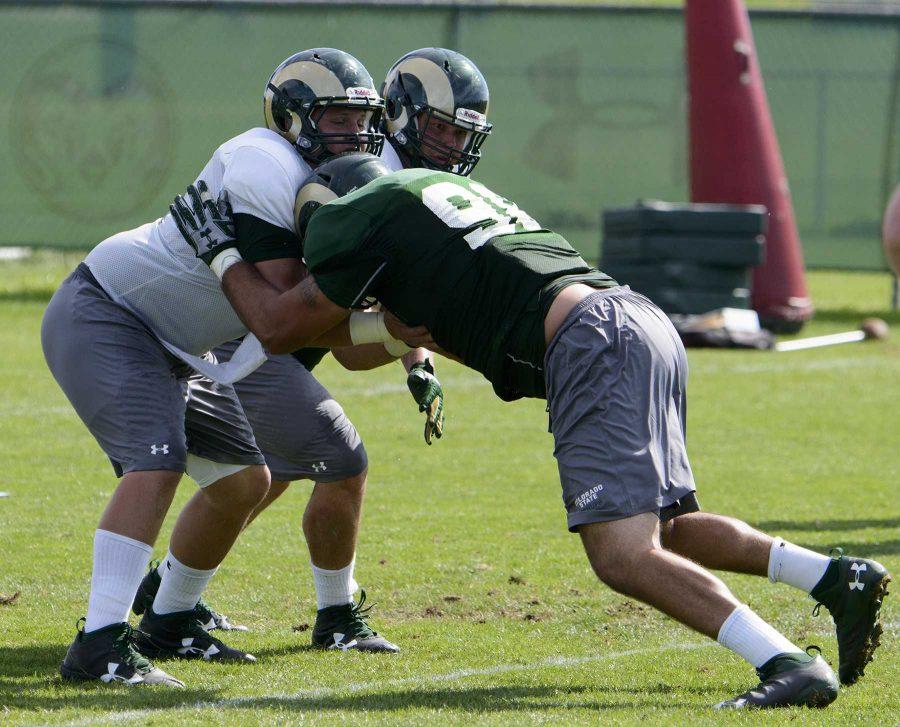 As Colorado State football prepares to hold its first inter-squad scrimmage of fall camp, the Rams are still finding out what kind of team they are going to put out onto the field.

The quarterback competition is still a three-horse race, the secondary is looking to fill the shoes of players who combined for 141 starts the past four years, the starting defensive line will consist of an entirely new group and starting linebacker Deonte Clyburn is likely out for the season, leaving a question mark for who will fill his void.

Most questions will have no concrete answer until the season gets underway, however, when the team takes to the field Thursday, August 10, for their first inter-squad scrimmage of the fall, head coach Mike Bobo and the rest of the staff will have a much better idea of what this team is capable of.

Returning starter Nick Stevens, graduate transfer Faton Bauta and freshman Collin Hill all have a legitimate shot at being named the starter. At this point in time, there has been no indication as to who will start under center. All three quarterbacks have been rotated in and out of the first team.

“We’re looking for somebody thats going to be consistent,” Bobo said Wednesday at CSU football media day. “I need someone who’s gonna play the position like its supposed to be played.”

All three quarterbacks will have their chance in the Rams first scrimmage.

With Kevin Pierre-Louis, DeAndre Elliot, Trent Mathews and Preston Hodges gone, CSU has a lot of new faces taking up big roles in the secondary.

Defensive coordinator Marty English has his eyes set on a few players to make an immediate impact. One player English appears to be particularly fond of is 6-foot 3-inch sophomore defensive back Braylin Scott.

“Braylin Scott, he is going to be a very good player for us,” English said. “He’s a young guy. We had to play him a little bit last year, but as far that goes, being a sophomore (he’s) done a good job.”

Senior Tyree Simmons returns as one of the few players on the defensive side with any playing experience. Simmons, who spent last season playing alongside the likes of DeAndre Elliot, is now the old-head for the defensive backs.

“Out on the field we used to have to try and pull Tyree along,” English said. “Now, he kinda pulls the other guys along and he kinda understands.”

Not a single starter returns for the CSU defensive front. The team’s first scrimmage will be a tell-tale sign of what the new group is capable of, but with freshman standout Christian Colon battling a foot injury, the groups full potential may not be seen until season’s start.

At the teams first scrimmage, English said that the team won’t do everything they have installed, but want to get the newcomers more comfortable in the system.

With Deonte Clyburn sidelined, it is yet to be seen who will step in and fill his leadership role. One name expected to have an impact is Josh Watson.

The redshirt sophomore steps into a starting role with high expectations. Defensive coordinator Marty English says one thing Watson needs to do is stop thinking so much.

“(Watson) wants so badly to be great, that he overthinks things sometimes,” English said. “He can sit in [meetings] and draw every formation, draw every play. That’s hard for kids when they’re players. They don’t think like coaches, and he can do that stuff…he just overthinks everything.”

With Clyburn out, Watson and the rest of the linebacking corp will take on more responsibility, especially playing behind such an inexperienced defensive line.