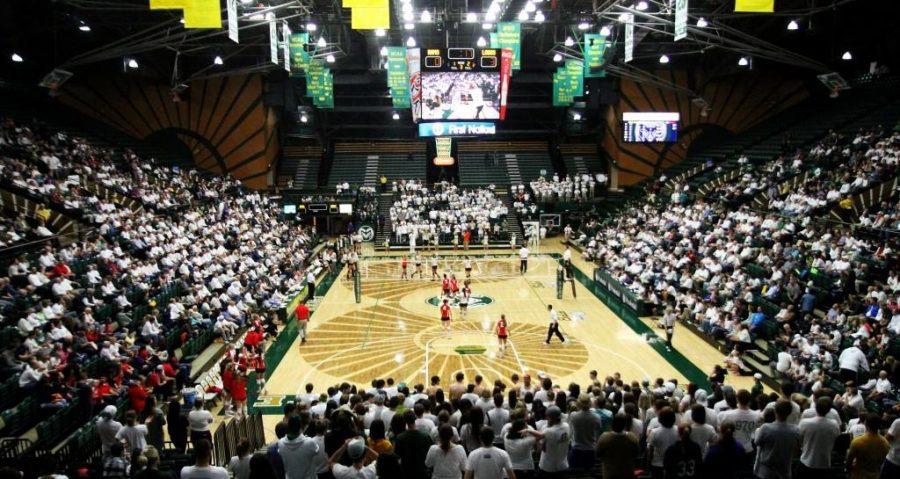 Across the board, there have been improvements in facilities, uniforms, recruiting, coaching and just about everything associated with athletics, but the one aspect that has always been missing? Fan support, especially from the students.

There have been brief attendance spikes, like for the football team in 2014, who finished the season with a record of 10-2 before being blown out by the University of Utah in the Las Vegas Bowl. However, that same school year, the basketball team won a school record 27 games, but there were nights in Moby so empty you could hear Larry Eustachy sip his diet coke. Hughes is no different, let alone the smaller sports.

According to the NCAA, the average attendance for the Mountain West Conference was 23,880 for football games. CSU totalled just above the MWC average with 24,917 fans per-game last season. Compare that to 2014, when CSU averaged 26,575 fans per home game, which was the highest total in well over a decade.

Although improved, what did not make sense is that even during the best three years of CSU football in recent memory, the fans did not manage to sell the joint out on a weekly basis.

Do not get me wrong, it is nice to to be able spread the legs out and get real cozy at Moby, but the arena is about as hostile as a petting zoo and that is what needs to change this year. Fans need to make Fort Collins a feared destination, but if the love of sports is not high enough of a selling point, let me further explain why you should attend home games this year.

Let’s keep things simple. Students already pay for tickets, whether they have ever attended a game or not. Each semester CSU students pays $125 in mandatory athletic fees, so a student that has never attended one single game has paid the same amount as the dedicated fan that attends each home game.

If the common sense of attending an event that is already paid for is not enough, then show up for the experience. Athletic events are about way more than just the sports themselves.

Getting rowdy with your fellow students is one of the classic college experiences everyone should have. When the venue—no matter what sport—is full and rocking, the atmosphere is electric. I promise you the entire overall experience will improve if every home game is at full capacity.

Lastly, these are not professional athletes and are not rewarded with millions of dollars for their efforts. They are student-athletes and they are your peers. Along with being full-time students, these individuals compete for Colorado State University and dedicate countless hours to their craft.

Whether you are going to support the student-athletes, to show pride in both this community and proud university or just because your friends dragged you to the game, show up this season.