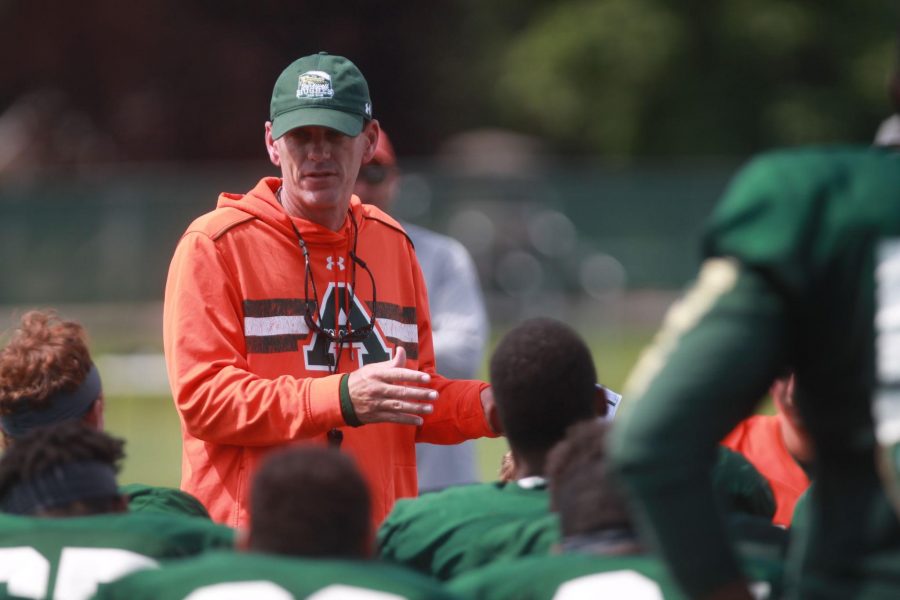 Coach Bobo addresses the team at the end of the Media Practice on August 10, 2016. (Natalie Dyer / Collegian)

Colorado State announced Thursday that the university will play four games against Vanderbilt starting in 2020. Two games will be played in Nashville during the 2020 and 2025 seasons, the other two in Fort Collins during the 2021 and 2026 seasons.

The Rams and Commodores have never met on the football field.

With the addition of Vanderbilt, Colorado State has 17 games scheduled against opponents in power-5 conferences between 2016 and 2026. In the midst of Big 12 expansion talks, the Rams currently have a home-and-home series against Texas Tech  in 2025-2026 .

“We have high goals and aspirations for our program, to provide our students with the experience of playing against the best possible competition during their time as a Ram,” CSU coach Mike Bobo said in a statement. “At home and away, our team and our fans can anticipate an aggressive approach to scheduling future opponents.”