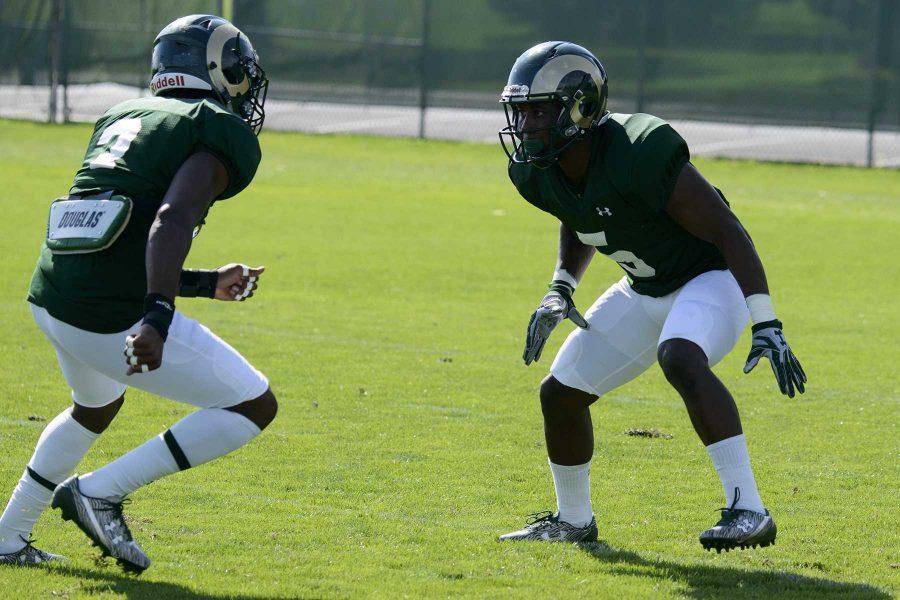 After losing nine starters on defense from last season, CSU football will be have an extremely inexperienced defense 2016. In most cases inexperience can lead to miscommunication, but CSU defensive coordinator Marty English is excited for the young players to go out and get experience.

“I’m excited because they are hungry and eager,” English said at the introductory press conference this fall.

English referenced how this is not the first time he has had to rely on a young defense. When the Jim McElwain staff first arrived in 2012, nearly the entire starting defense was comprised of freshman and sophomores. By 2014, the team was in their third year starting together and it showed in their overall record (10-3).

The benefit is this coaching staff essentially gets to build this defense from the ground up and there is optimism for this young group moving forward. Players like redshirt juniors Justin Sweet and Jake Schlager have been around the program for awhile and picked up some hints and tricks, but until they get game experience, they are considered young.

“In a year from now, we are probably going to be quite a bit better than this year and in two years we are going to be really good, but we don’t want to wait that long, so the best part is how hungry these guys are,” English said.

When asked on what newcomers in the secondary impressed the CSU defensive coordinator in camp, English responded with sophomore defensive back Braylin Scott. As a versatile player that can play both cornerback and safety, Scott saw limited action as a freshman (2015), recording ten tackles and two pass breakups.

“He (Scott) is going to be a very good player for us,” English said. “He is a young guy. We had to play him a little bit last year, but as far as that goes, being a sophomore, Scott has stepped up and done a nice job for us.”

Along with Scott, English has been impressed with freshman defensive back Jamal Hicks. “He (Hicks) can move well,” English said. “He does a lot of good things. He is young. He is light, but we are going to have to work through it a little bit. “

Nutt is a guy that has been around a little bit longer but never really seen substantial playing time. He is currently listed as the backup at free safety, behind redshirt junior Jake Schlager.

Awunganyi is a true freshman and will need some time to develop, but English is excited for what his future holds.

“Once he (Awunganyi) learns exactly when he needs to weave to the inside or set hard on the outside, Robert has a big-time time chance to be a contributor,” English said.

Taylor, like Nutt, has been around the program for a few years but is competing for playing time for the first time. English referenced that Taylor will need a lot of snaps this season to develop and that he would get them, but that the coaching staff loves his toughness.

“Demontrie is a tough kid that has that Kevin Pierre-Louis striking ability,” English said.

Replacing an entire secondary is a tough position for any coaching staff to be in and there will be some kinks in the road along the way. Colorado State will have a young defensive outlook in 2016, but lots of young players in starting roles means the future is bright.

Collegian sports reporter Justin Michael can be reached by email at sports@collegian.com or on Twitter @JustinTMichael.