What to watch for at Green and Gold spring game 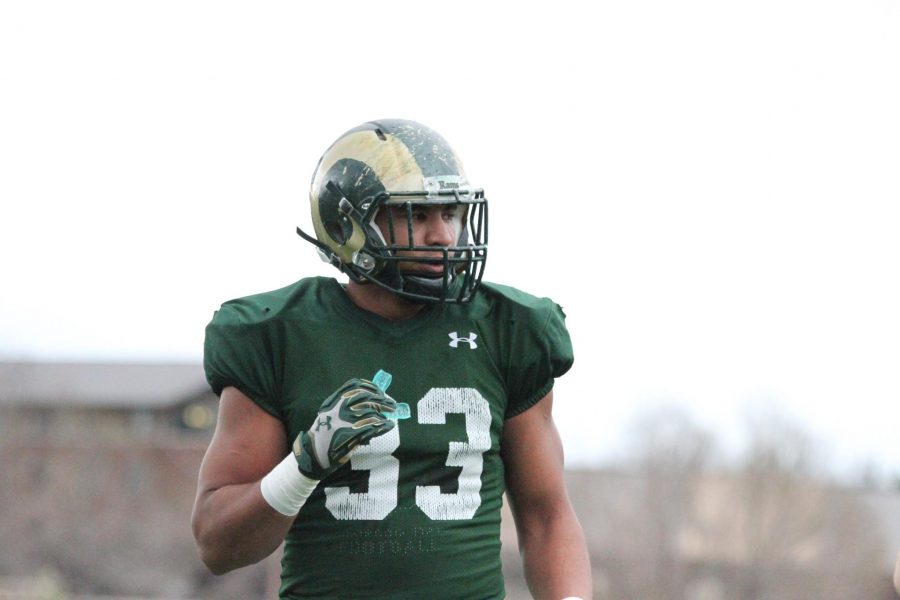 Spring football offers players a chance to make an early impression. It is also the last chance to prove you have what it takes to be a starter before fall camp rolls in.

Come fall, the roster will look a lot different. Many freshmen and transfers who are expected to compete for starting jobs have yet to join the team, so while a player may be running with the starters in spring, they may be standing on the sidelines more often in the fall.

Nevertheless, with the Green and Gold scrimmage coming Saturday, there are questions at nearly every position. Here are some of the key areas to pay attention to:

It feels like Trent Mathews and Kevin Pierre-Louis had been anchoring the Rams secondary for ages, but change is on the horizon. Redshirt juniors Jake Schlager and Justin Sweet sit atop the current depth chart at free safety and strong safety, respectively. Schlager has shined in scrimmages this spring, recording an interception in both games thus far (though one was canceled out by a penalty).

Junior cornerback Kevin Nutt Jr. is replacing DeAndre Elliot, but all eyes have been on Jordon Vaden, who made the jump from receiver to cornerback for his senior year.

“Obviously, it’s a whole different position going from offense to defense with different concepts,” Schlager said. “But (Vaden) has picked it up really well. … I’m really confident in what he can do, he has the ability to be really good. It’s just the mindset that’s going to take him into summer and help him excel in the fall.”

Bobo has said that Vaden has all the confidence he needs to succeed in his new role, it’s just the technique that needs to be worked on.

If you haven’t been living under a rock for the past few months, chances are that you have heard that “Hollywood” is going Hollywood. With Rashard Higgins heading to the NFL, and Joe Hansley trying to join him, the returning wide receivers have some big shoes to fill.

Look for sophomore Olabisi Johnson and redshirt junior Xavier Williams to stand out Saturday, and become a dual threat on the offensive side of the ball. Johnson has spent most of the spring running with the starters. While Williams’ position on the depth chart has fluctuated a bit, he has made big plays all throughout spring, but coaches are looking for just a little more consistency.

What is spring football without some friendly competition? Redshirt junior and returning starter Nick Stevens has been battling with Georgia Bulldogs graduate transfer Faton Bauta all spring for the starting role. It appears to be a two-horse race between Stevens and Bauta, but a third name to watch out for is Collin Hill. Hill may be a long shot to win the job come fall, but the true freshman was the first quarterback to work through drills in Tuesday’s practice.

Being the last scrimmage of spring ball, there may be some more pressure to perform for the quarterbacks, but according to Bauta, it needs to be treated the same as any other day.

The Green and Gold spring game starts Saturday at 1 p.m. at Hughes Stadium. Admission is free and the first 1,000 fans in attendance will receive a free Chick-fil-A sandwich.

Collegian Sports Reporter Chad Deutschman can be reached by email at sports@collegian.com or on Twitter @ChadDeutschman.