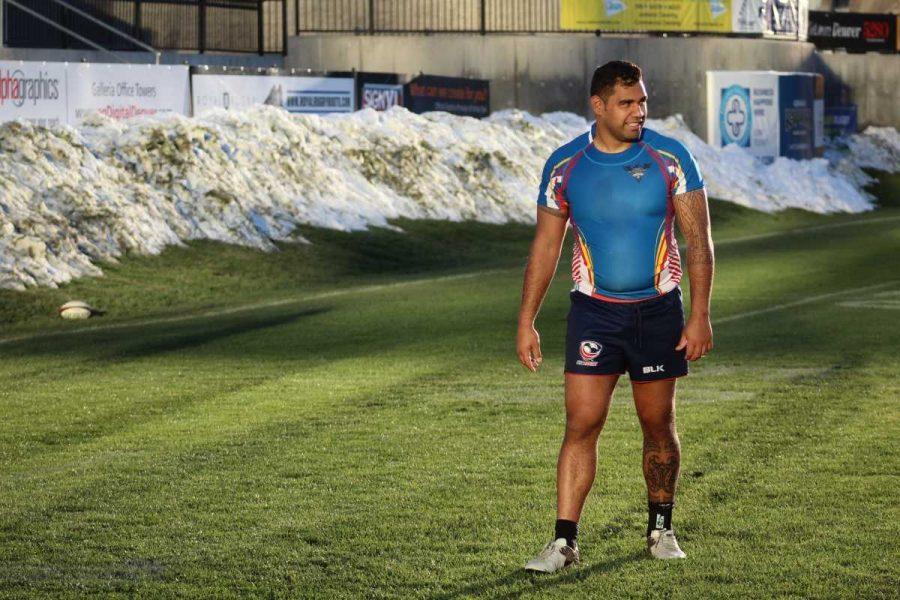 Former Colorado State football player Zac Pauga became a part of history April 17 when he took to the snowy field at Infinity Park in Glendale, Colorado as part Denver’s newest professional sports team. Pauga and his team took on a squad from Ohio in the first ever professional rugby match ever played in the United States.

The Professional Rugby Organization is a five-team league that has drawn players from far and wide to take part in the inaugural season. Along with searching for the best players in the United States, each team was allowed two international signings.

Pauga was among the many players they contacted.

“I received an email saying that I was on a list of players that they were interested in,” Pauga said. “Five weeks later I got another email asking if I wanted to be on the team.”

Pauga accepted a tier three contract, meaning that he gets paid per match but is also allowed to continue to work full time as a police officer for the Wheat Ridge Police Department in Wheat Ridge, Colorado.

Rugby is nothing new to Pauga, who claims to be a lifelong fan of the game, but he did take a brief break from the game to focus on football while in college. He played in every game of his college career as a fullback at CSU from 2006-2010.

“I played in high school but I just played football while up at CSU,” Pauga said. “I have been back playing rugby for three years now.”

Unlike many of the players on the rosters, this is not the first time Pauga has played professional sports. He was a member of the Houston Texans practice squad for the 2011 season.

According to his club teammate James DelBozque who plays for the Glendale Raptors of the Pacific Rugby Premiership, it is no surprise that Pauga is taking part in the inaugural PRO rugby season.

“The fact that he made it to the NFL shows that he is a naturally gifted athlete,” DelBozque said. “He obviously wants to compete at the highest level of the sport and has the drive and athleticism to do so.”

Along with his athleticism, his 6-foot-2, 250-pound frame provides Pauga with an advantage when he’s playing against some of the best the country has to offer.

Pauga is hopeful that the league will continue to grow moving forward.

“I am not really a business man, I just play rugby.” Pauga said. “Rugby is a great game and it needs a professional league in America.”

Denver currently sits atop the PRO rugby league standings after winning their first two games against Ohio and San Francisco. The 16-week season will continue to July 31.

Collegian Sports Reporter Colton Strickler can be reached at sports@collegian.com and on Twitter @coltonstrickler.