Faton Bauta is saying all the right things this off-season 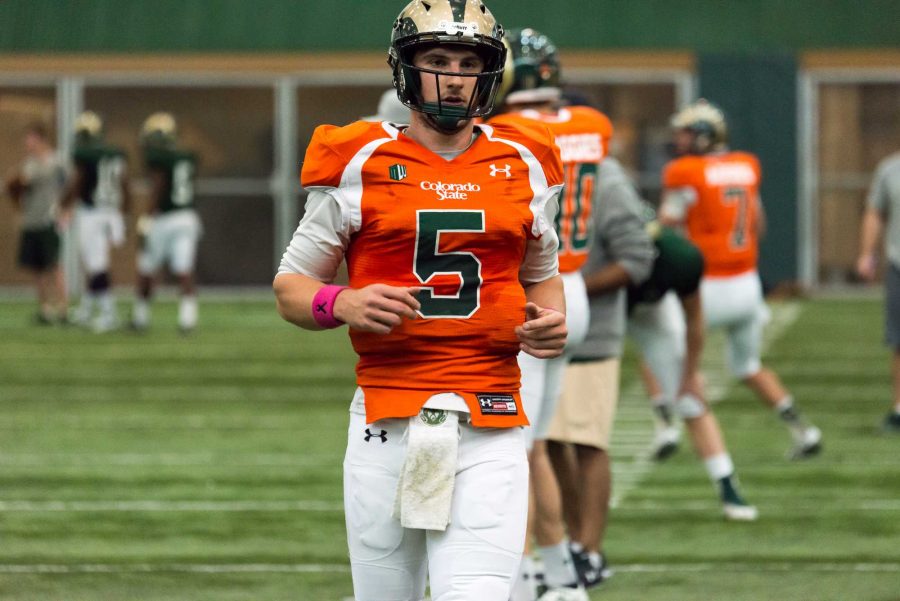 Faton Bauta’s collegiate football career has not exactly been the path he had envisioned. Coming out of high school as the No. 29 quarterback recruit in the country, Bauta was supposed to be the future of a storied and extremely successful Georgia Bulldogs program.

Bauta used his time in Athens, Georgia to grow as a player, constantly studying, working and competing, all in hope of one day winning the starting job. In one career start for the Bulldogs, Bauta completed less than 50 percent of his passes, and threw four interceptions in a 27-3 loss to Jim McElwain’s Florida Gators last season.

After four years and only one start to show for it, Bauta took his talents west to join his former offensive coordinator Mike Bobo.

Bauta came into a situation where he is competing with Nick Stevens for the starting job; a quarterback that led the team to seven wins, a bowl appearance, and led an offense that scored 32 points per-game in the second half of the 2015 season.

Throughout the awkward situation for both players, each of the quarterbacks have handled themselves with poise.

“I wouldn’t say I view myself as anything except a guy that’s part of this team,” Bauta said.

After four years in the SEC, it would not have been surprising for Bauta to come in with a “me-first” mindset, or to feel a sense of entitlement. That has not been the case at all.

“I’m not going to sit around, and not give Nick the right information, just because of where I come from,” Bauta said. “That’s not how this works. That’s not how a sportsman does it. This is a game of quarterbacks. Quarterbacks are sportsmen.”

Being a graduate-transfer, Bauta clearly has an excess of experience in the locker room, handling tough situations and embodying the mindset necessary to be a quarterback at this level.

Throughout the spring, Bauta has been praised by the coaching staff for being a great teammate, especially for the work he has been doing with freshman quarterback Collin Hill.

Even in the midst of fierce competition for playing time, Bauta says the quarterbacks on the roster, Stevens, Hill, J.C. Robles and himself, are a close group of guys.

“There’s no tension in the group,” Bauta said. “I think we’re all pretty friendly with each other. We all want the best guy to play the position, and to be the guy. Whoever gives us the best chance to win, is going to be the guy that’s going to play.”

Bauta has said all the right things this offseason. Position battles can be complicated, especially at the quarterback position. The last thing CSU wants is an outlandish statement from either of the potential starters. Bauta has praised his fellow quarterbacks’ efforts, and has made an effort to be a good teammate, but has not been shy when it comes to the confidence he has in himself.

“As a competitor, I’m not going to sit here and say anybody can beat me,” Bauta said. “As a competitor, I know enough about myself that I could come in and win the job. … All I needed was an opportunity. I know what my work is like. I know the kind of steps I take every day. I know my routine. I know how I am as a person everyday, trying to become the best quarterback.”

CSU is fortunate to have a pair of experienced and intelligent quarterbacks on the roster. Bauta believes in his abilities on the field, and that he is capable of being the starter.

He also knows how to handle the situation off the field. With roughly four months until the start of the season, the CSU faithful will anxiously wait to see how this competition plays out.

Collegian Sports Reporter Justin Michael can be reached by email at sports@collegian.com or on Twitter @JustinSportsCSU.