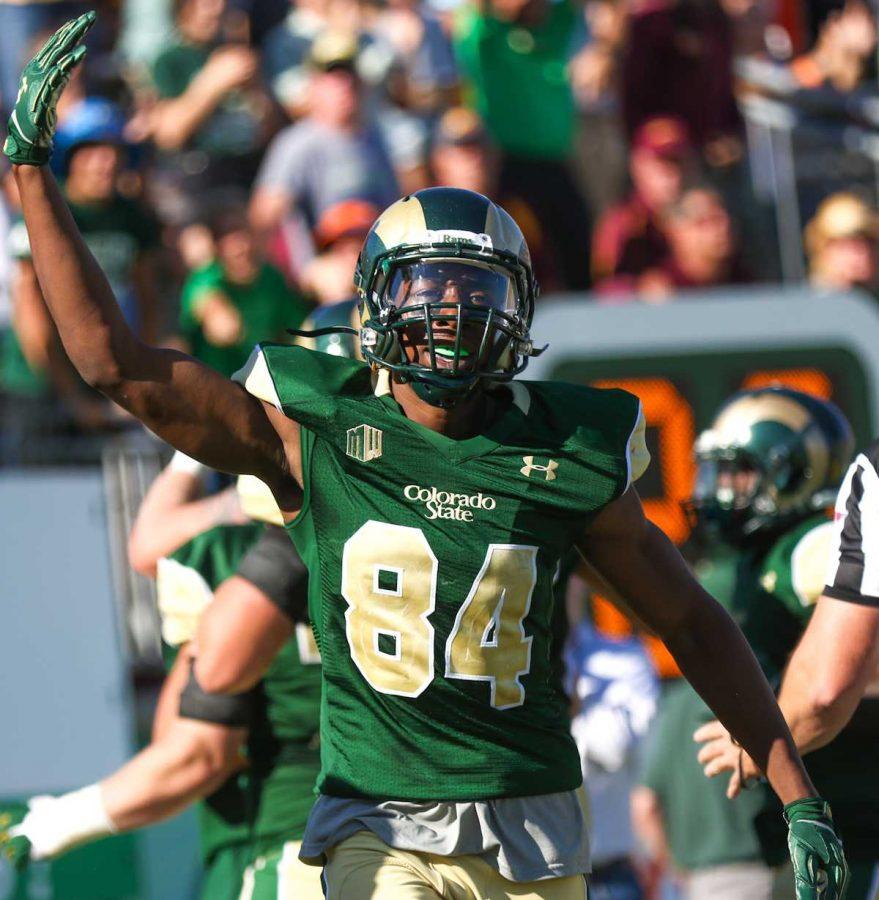 Gone are Rashard Higgins, Joe Hansley and Kivon Cartwright. Some of Colorado State’s best receiving threats either ran out of eligibility or decided to take their talents to the NFL.

So who is left to catch passes for the Rams this year? And who will be throwing to those new receivers?

There are a number of holes for head coach Mike Bobo and his staff to fill after the departure of a very talented senior class. Some of those questions may be answered during spring practice, while others may take up until CSU’s season opener against Colorado on Sept. 4 to answer. As spring ball begins, it’s time to look at the three biggest position battles to watch on offense over the next 14 practices and through the summer.

Normally, a second-team All-Mountain West quarterback wouldn’t have to worry about his job security, but that’s not the case for upcoming redshirt junior Nick Stevens. With the addition of Georgia transfer Faton Bauta this offseason, Stevens is in the middle of a quarterback competition for the second year in a row after beating out Coleman Key for the starting job last fall.

His play during the 2015 season was erratic despite throwing 21 touchdowns and just 12 interceptions a year ago. As a first-year starter, he didn’t have great route chemistry with his wide receivers, and he missed open receivers on a number of occasions. His play was very reminiscent of most first-year signal callers, but Bobo made it clear he expects more from Stevens going forward.

Bauta, who has just one start to his name (last season against Florida), is a player Bobo recruited to Georgia out of West Palm Beach, Florida. His career stats —19 of 38, 202 yards, zero touchdowns, four interceptions — are by no means impressive, but it also must be considered that he was playing in the top conference in the country. He has said time and time again that he will outwork anyone, something Bobo says he admired beginning when Bauta’s recruitment started.

Stevens is listed as the starter on the spring ball depth chart, but Bobo said that isn’t indicative of anything, and both Stevens and Bauta will work with the No. 1 offense. Unless either is head-and-shoulders above the other this spring, expect this battle to continue through the summer and into fall camp, the same way last year’s went.

In addition to finding out who their quarterback will be, Bobo and Co. also have to decide who is going to be catching the ball from whichever quarterback wins the starting job. With the departures of Higgins and Hansley, CSU loses its two best and most consistent threats in the passing game. The cupboard isn’t bare by any means, it’s just filled with inexperienced players.

Xavier Williams, Deionte Gaines, Elroy Masters and Sammie Long IV are CSU’s most experienced wideouts, but speedster Bisi Johnson could make some noise, along with junior college transfers Michael Gallup and Detrich Clark. Both Clark and Gallup won’t be here until this summer, so the five returners will be duking it out over the next few weeks. Masters, coming off of surgery a few weeks ago, will likely be limited to non-contact work for most, if not all of spring practice, but should be a factor next season. Williams has all of the intangibles to be a very good wideout, but has yet to break through as a consistent target.

This group won’t have the star power it once did with Higgins, but it could yet again be one of the best receiving corps in the Mountain West next season.

It seems odd not talking about Kivon Cartwright heading into a season, and that’s likely because he was at CSU for a whopping six years after a handful of injuries. Also gone is the versatile Steven Walker, who was an All-Mountain West player in 2014 as Cartwright sat out with injury.

Unlike Jim McElwain’s system, tight ends are not featured pass-catchers in Bobo’s systems, and that was obvious in Cartwright and Walker’s diminished numbers. Replacing them is another deep, yet unproven group led by returners Nolan Peralta and Mitch Parsons, as well as junior college transfers Darneail Jenkins and Dalton Fackrell.

With CSU”s returning strength in its running game, expect to see Peralta — who has proven to be a solid blocking tight end — in a lot of formations early on. Parsons, a transfer from Vanderbilt, did not see any playing time last season, and will have to prove he belongs this spring. Fackrell and Jenkins won’t be here this spring, so another name to watch could be converted linebacker Danny Nwosu, who caught his first career touchdown last season.

Like most position battles, this one won’t be decided until all of the players are here this summer and fall, but this spring should shape up to be an interesting one at the tight end spot.